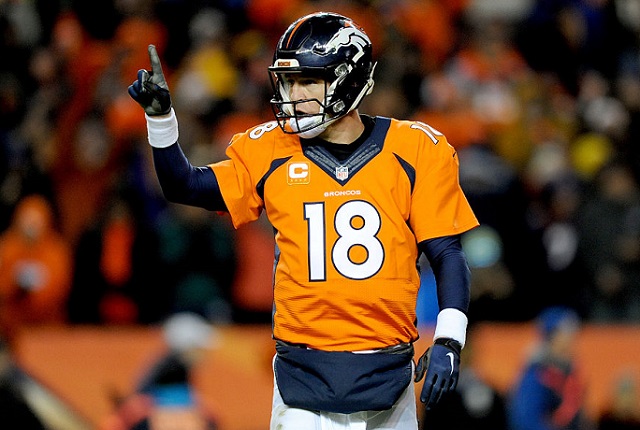 To the surprise of no one with even a passing familiarity with Peyton Manning and the NFL, the quarterback is poised to be highly in demand as a studio or game analyst for all of the networks that broadcast the NFL once he officially retires as an active player.

The only thing that would seemingly keep Manning from the booth or studio would be if he just doesn’t want to do it, perhaps preferring to take a year away from the game. Well, that may no longer be entirely true, in light of a scandal that resurfaced over the weekend regarding sexual assault accusations dating back to 1996, a cover-up by the University of Tennessee, and a smear campaign against the woman alleging this behavior by Manning. Networks may be reluctant to hire Manning if those allegations gain further credence and this case is pushed further into the spotlight.

Barring that, however, CBS, ESPN, Fox and NBC would all like an opportunity to add Manning to their on-air staff for NFL broadcasts. CBS Sports chairman Sean McManus has been particularly outspoken about his desire to hire Manning for an analyst role, telling Sports Business Journal‘s John Ourand that the network will contact the quarterback as soon as he expresses an interest in television work.

Though each of the networks that have covered Manning during his 18 professional seasons have experience with him during production meetings, CBS has the most recent — and perhaps most pertinent — first-hand dealings with him in preparation for the Super Bowl 50 broadcast. As reported by MMQB’s Peter King, Manning met with the CBS production crew for 45 minutes at the team hotel four days before the game and was so impressive and helpful in providing information that would benefit the broadcast that all 15 members of the crew — including on-air and behind-the-scenes staff — gave him a standing ovation when he was finished.

(Was Phil Simms a bit more hesitant to stand up than the rest of his colleagues? He might be the one guy in that group with the most to lose if Manning was hired as a game analyst, presuming he’d automatically get that No. 1 role.)

Maybe there was some hidden motivation beyond simple gratitude there. CBS production staffers and broadcasters may have been showing Manning how welcome he’d be as a part of their NFL team. But as Ourand reports, the competition for his services looks to be fierce.

That raises the question as to how hard some of those network’s investigative reporting operations may pursue the Manning sexual assault story, for fear of upsetting and alienating the quarterback. Given that CBS and ESPN also have partnerships with the SEC, in addition to the NFL, could the risk be twofold for those networks if it means also scrutinizing Tennessee’s role in this story?