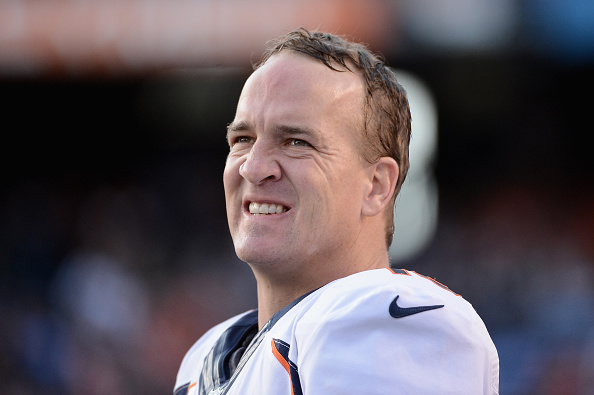 Perhaps the greatest NFL quarterback of all time, who also happens to be the winning quarterback in the most recent Super Bowl, who also may have played his last game in the NFL, is being faced with skeletons being exhumed from his closet in the form of sexual assault allegations while he was in college.

Read that paragraph over once again closely.  This should be one of the biggest stories in sports, shouldn’t it?  Or… at least it should have been at the time, right?  We all lost our minds for nine months over the air pressure in footballs so allegations of this magnitude should be treated with the utmost scrutiny from the media.

It should… but it’s not so straight-forward with the twenty year old sexual assault allegations against Peyton Manning.  Because the story has faded in and out of the spotlight over the last twenty years and has never truly been told in full.  Now with Jamie Naughright’s accusations against Manning being told through a release of court documents from the New York Daily News, and with Manning being named in a Title IX lawsuit against the University of Tennessee, this story is getting a fresh look.  But in that process, it shows just how fractured and fragmented the media, sports, and culture truly are.

While the uncovering of the 74 page legal document filed by Naughright against Manning is a very important piece of information, the Daily News portrayed it in such a grandiose manner that it managed to take away from the magnitude of the story.

First, the activist turned senior justice writer Shaun King (who has been followed by plenty of controversy of his own) needlessly inserted himself into the story repeatedly to make this more about him than about Manning. Case in point, this not-so-humble-humblebrag about how much social media traffic his football takes were generating:

On the morning after Super Bowl 50, I posted a picture on my Facebook page of Cam Newton smiling and embracing Peyton Manning after the game and simply asked why that warm photo wasn’t being talked about instead of Cam being frustrated at the post-game press conference. It has since been shared more than 234,000 times and seen by more than 20 million people. It now has nearly 6,000 comments, but on that morning, just one leaped out at me, which mentioned something to the effect of “Peyton sexually assaulted a girl in college.”

The Daily News didn’t dispel this me-first-journalism model by photoshopping the author’s picture into their social media promotion, letting you know who this was really about.

The end result?  A wide swath of individuals couldn’t get past their feelings about King to get to what was really important – the allegations documented against Manning.  Also, it was King’s name that was trending on Twitter Saturday morning after the story was published rather than Manning’s.  The Daily News ended up taking a lot of the sting out of their own scoop by sensationalizing it so much (King compared reading the document to “state secrets” and the “Apollo moon landing”).  Furthermore, in the furor of King’s article has to come the caveat that the plaintiff’s side of the story in this legal filing is just that, one side of the story.  And while that side contains some damning, repulsive allegations filed in court and some dots that don’t take too much effort to connect, it’s at least worth noting that this isn’t the complete picture.

But then again, given the state of modern media, perhaps this is exactly what the Daily News was after.  Because nothing sells quite like polarization and controversy.  Had a more straight-laced, traditional journalist filed this story without inserting himself or herself into the narrative, would it have caught fire in the same way on social media?  Robert Silverman wrote a very similar article on Manning’s sexual assault allegations (without the attached document) at The Daily Beast almost two weeks before King did and it largely went unnoticed in the noise surrounding the Super Bowl.  These allegations are getting more attention now than they have in the last 13 years combined.  Just look at the Google trend for “Peyton Manning sexual assault” and how it has skyrocketed this week.

By Saturday night, when the story had been everywhere on social media, mainstream sports outlets had responded very differently.  Sports Illustrated had both news and reaction to the story while it was a top headline at places like Fox Sports and Pro Football Talk.  ESPN was conspicuously quiet though.

Peyton Manning among top headlines at Fox, SI, NBC. Nowhere to be found online at ESPN or CBS.

Of course, the conspiracy theorist within says those outlets didn’t want to touch this story because they’re trying to woo Manning into the broadcast booth.  When you factor in ESPN’s role in covering DeflateGate, it’s easy to see why Bostonians especially would think there was a double standard in covering allegations against Manning and Tom Brady.  What does it say about modern media that our first reaction to “why hasn’t Outlet X covered Story Y yet” is that there’s some kind of conspiracy at play?  (For the other side of the local media dynamic, read this Bob Kravitz column from Indianapolis that staunchly defends the quarterback.)

However, not only has ESPN covered the Manning story, they’ve done so with surprising depth.  Throughout the day on Monday, ESPN has discussed Manning on key morning shows like Mike & Mike and First Take.  The interesting delineation seems to be that ESPN is focusing more on a Tennessean report that Manning is named in a Title IX lawsuit alleging system sexual assault issues at the University of Tennessee.

One can make the argument that ESPN was late to the story, but they certainly haven’t backed away from covering it.  Even entrenched football writers that are very close to Manning like Peter King have discussed it openly, although with more of a laissez-faire approach.

One of the most common reactions to this story has been anger.

With the polarization that presently exists, this is a sad expectation in our culture today.  Especially when a story is controversial in any way and involves sex, race, orientation, politics, religion, or whatever else that seems to divide us more and more these days.

With the Manning story, there was anger both ways.  For his supporters, anger that this “old news” from 20 years ago was being brought up again as part of a “smear campaign.”  For his detractors, anger that this story hasn’t been brought to the forefront and that Manning’s alleged vulgar and then underhanded behavior has been forgotten about for so long. 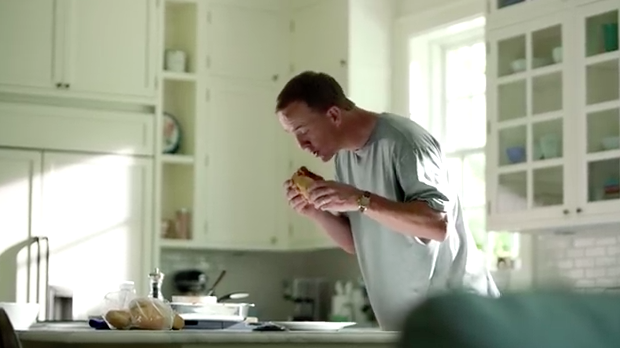 Would Peyton Manning be kissing Papa John if we knew everything there was to know about these allegations?  One might think that knowing the “real” Peyton Manning beyond his love for Budweiser and chicken parm would lead to a much different and darker view of his celebrity, but it’s not as easy a question to answer as one might think.