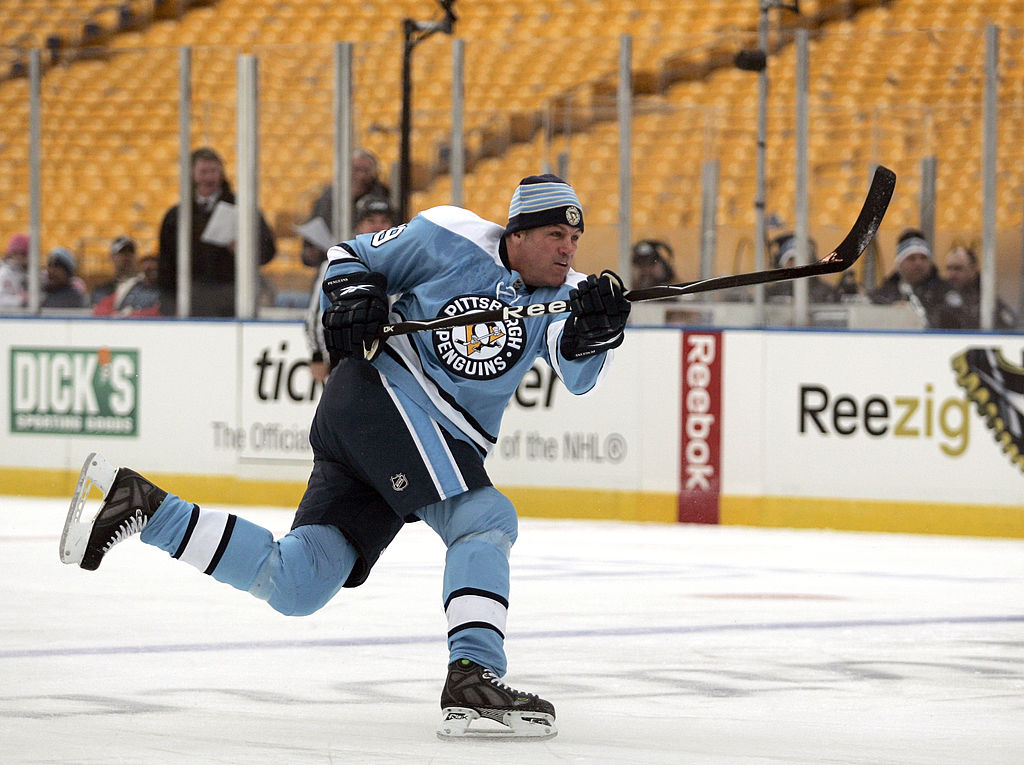 NHL on NBC analysts Jeremy Roenick and Mike Milbury have had a controversial week, with Roenick questioning Sidney Crosby’s work ethic right before he scored an overtime game-winner and Milbury saying if you’re going to hit someone from behind, to make sure you give them a concussion. Pittsburgh Penguins’ radio analyst Phil Bourque appeared on Yahoo/Sportsnet’s Marek vs. Wyshynski podcast Thursday, and told hosts Jeff Marek and Greg Wyshynski he found those analysts’ comments “embarrassing” for both NBC and the league:

Here’s a transcription of the key parts from Wyshynski:

“Appalling is the word that comes to mind. And in talking to other NHLers that aren’t as vocal as I am, they’re voicing the same thing. Maybe they don’t have an avenue to voice their opinions, or they don’t want to put themselves out there. But I really don’t care,” he told the Marek Vs. Wyshynski podcast on Thursday.

“I know what Jeremy Roenick’s trying to say. He’s trying to say, ‘Look, Sid’s gotta be better.’ And I agreed with that part. But to question his work ethic … it’s almost like Jeremy Roenick, at times, doesn’t have that filter in between the brain and the mouth. He just lets it fly. To me, that’s not what makes you a good analyst. You have to have some professionalism when you’re trying to critique or analyze a player.”

“There’s a bit of a history here. If you go back a few years to when Sid was going through his concussions, Jeremy Roenick said some kind of statement about how he was sick and tired of waking up in the morning and seeing Sid on TV talking about this and that and how he should just get back on the ice already. And I was like, ‘Are you kidding me?’ Does he have the latitude to just kind of vomit at the mouth without any repercussions at all?” said Bourque.

Bourque went on to criticize the concussion comments in particular:

As for Milbury, Bourque took issue with him joking about the Blues efforting to give Sharks players “slight concussions” during Game 2 coverage.

“My jaw almost dropped to the floor. Considering what’s going on right now with the concussion lawsuit right now, I’m sure Gary Bettman and the lawyers at the NHL were thrilled to see their lead analyst, that’s trying to sell the game and promote it being a safer game, would just spew a statement like that without thinking at all,” he said.

Bourque summed it up: “I can’t believe this is who is representing our game.”

Many fans have often wondered that about Milbury (who’s had over 18,000 people sign a petition to remove him, and has even been mocked on-air by NBC host Kathryn Tappen) and Roenick (who’s been roasted by everyone from John Scott to small children), but these concussion comments from Milbury in particular are above and beyond even his usual standard. They’re particularly bad when you consider the very serious class-action concussion lawsuit against the NHL, which saw a victory for retired players Wednesday when a judge denied the league’s motion to dismiss it. Milbury may have been joking, as he claims, but that wasn’t the joke to make. Concussions are no laughing matter for many current and former NHLers, including Bourque, who spoke to The Pittsburgh Post-Gazette earlier this year about the battles he still has with concussion symptoms:

At 53, Bourque, the Penguins’ radio analyst who was a member of their Stanley Cup-winning teams in 1991 and 1992, is beginning to experience memory lapses that he can’t shrug off as simply a byproduct of advancing age.

“There have been big gaps the last six or eight months,” he said. “Sometimes you think, ‘Well, geez, am I just tired, or have I been pushing myself too hard?’

“But it’s abnormally long gaps in memory and not being able to recall the simplest things, like people’s names who you’re around all the time. Complete blanks.

“We all have that moment where you kind of forget something, and it comes right back to you. Now, it doesn’t come back at all, and it’s actually kind of scary. People that you see every single day, you’re like, ‘What’s your name again?’ ”

Those lapses, Bourque said, happen about a half-dozen times per month and have been occurring with increasing regularity.

That’s just more proof that concussions are a very serious thing, not to be taken lightly by the likes of Milbury. If he and Roenick keep putting their feet in their mouths, expect other analysts to join Bourque in criticizing them.

Update: Bourque dropped perhaps even a harsher slam on Milbury and Roenick earlier in the week on David Todd’s ESPN Pittsburgh radio show:

I just asked Phil Bourque about Millbury & Roenick on my show, “I’m embarrassed 2 of the biggest buffoons in the world represent our sport."