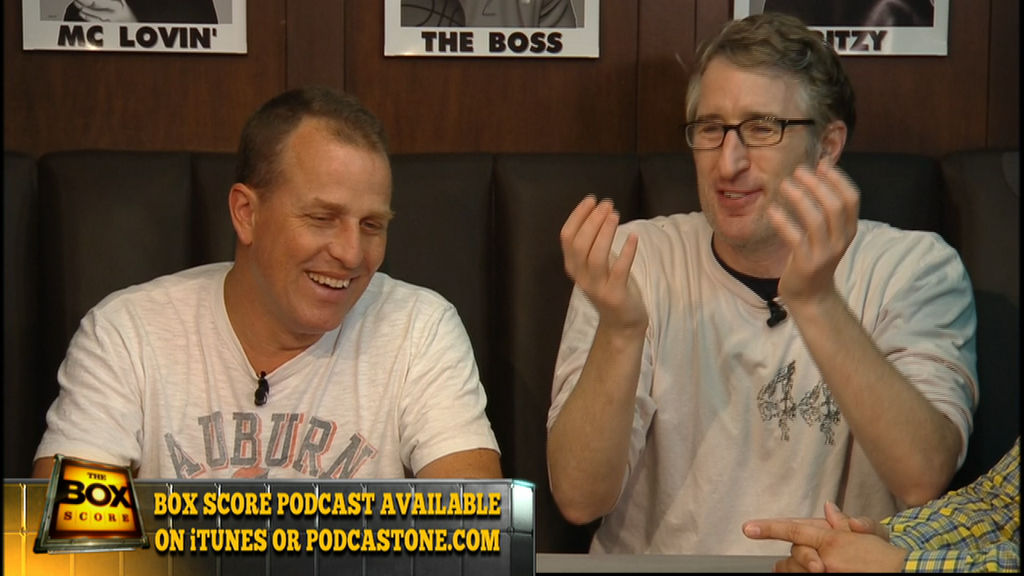 They’re best known for their roles as “Danettes” on the Dan Patrick Show. But starting tonight, Paul Pabst and Andrew Perloff will get to branch out to host their own show on NBC Sports Radio. Called “The Leisuremen: Pabst & Perloff,” the show will air from 6-9 p.m. ET and will broach not just sports topics, but food, drink, cars, travel and other subjects as well.

Pabst has been with the Dan Patrick Show for 12 years as Executive Producer and has worked at ESPN Radio, CBS Sports as well as SiriusXM. He has hosted the DP Show in the past when Patrick was off or on vacation and once fronted the now-defunct “The Box Score,” which aired after DP on DirecTV.

Perloff, a.k.a. “McLovin,”  joined Dan Patrick as the show’s blogger in 2007 and has served as a writer for Sports Illustrated, Fox Sports and MLB.com. Since joining DP, he’s also served as comic relief and sometimes punching bag for Patrick.

The official announcement from NBC Sports Radio provides quotes from both Pabst and Perloff:

“Andrew and I are connoisseurs of sports. Those who cannot do, watch. We watch way, way too much sports on TV and in person. It’s almost unhealthy, but that works perfectly for this show,” says Pabst. “We want to talk to our listeners about all aspects of sports — the games, the characters, the serious and the silly. As an avid napper, I care about Ben Roethlisberger’s nap schedule as much as I do about his passing numbers.”

Perloff adds, “Humor and fun are a big part of how we approach sports. Paul and I are friends and when it comes to debating sports, it starts from the second we get to work and doesn’t end until we go to bed. I can’t tell you how many times I’ve gotten a text from him at 11:35 pm saying ‘You watching this press conference? What’s with that guy’s sweater?’”

So it’s an opportunity to wrap up the weekend with Paulie and Perloff with some sports, humor, food and fashion. And it even ends before Game of Thrones starts on the East Coast, so you won’t miss your favorite TV programs provided they don’t air before 9 p.m.