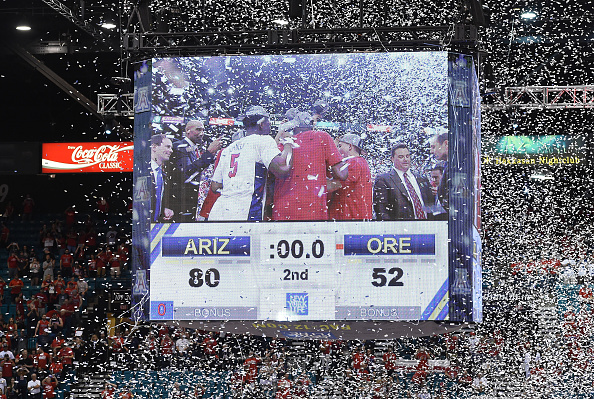 If you have Pac-12 Network on your cable or satellite system, you’ll notice it has a national feed and six regional feeds. Depending on your system, you might have a local regional feed on your main basic and then a national feed on expanded basic. This season, Pac-12 Network has been focusing more on regionalizing its games. In the past, all of its men’s and women’s basketball tournament games would be aired on all of its channels.

This season, Pac-12 Network will not air all of the tournament games on its seven channels. The national feed will continue to show all of the games, but there will also be regional feeds and if a viewer only has Pac-12 Washington or Pac-12 Oregon, it will only see their games and not the entire tournament. Here’s how tonight’s schedule for the Pac-12 Women’s Tournament (all times Eastern):

For example, viewers in the Bay Area who only have the regional Pac-12 channel could only see Cal-Arizona State and Stanford-Washington. Those in Oregon would only get one game, USC-Oregon State. But if they also had the main Pac-12 Network feed, they would be able to watch all four quarterfinal games.

This shift to regionalization has caused some confusion, but the Pac-12 Conference would prefer the national channel on basic and the regional network on expanded, but it’s up to the cable provider to decide where they will be located. And due to limited bandwidth, sometime the feeds are offered in old school 20th Century standard definition. A network spokesperson says the Pac-12 is working with the providers to provide all of the feeds in crystal-clear HD:

“We have been working diligently with all of our providers to make Pac-12 Network — which showcases all 12 schools — the primary network and offer it to their customers in HD,” Murphy-Stephans said. “And in addition to that, if they would like to also offer the regional sports network, or all six of them, they’re welcome to do that (with no change in the subscription fee). We’ve been working on the fruition of that plan. It’s a really important shift for us because we want to make sure fans can watch whatever game they want to watch on whatever device they want to watch at any time they want to watch it.

“But,” she added, “providers aren’t really quick to change, so we’re working with each of them one by one to help them facilitate the change.”

So as the tournament progresses, the Pac-12 hopes that you’ll be able to go the national feed to watch all of the games. If not, you’ll be only able to watch the regional feed and the game of local interest.