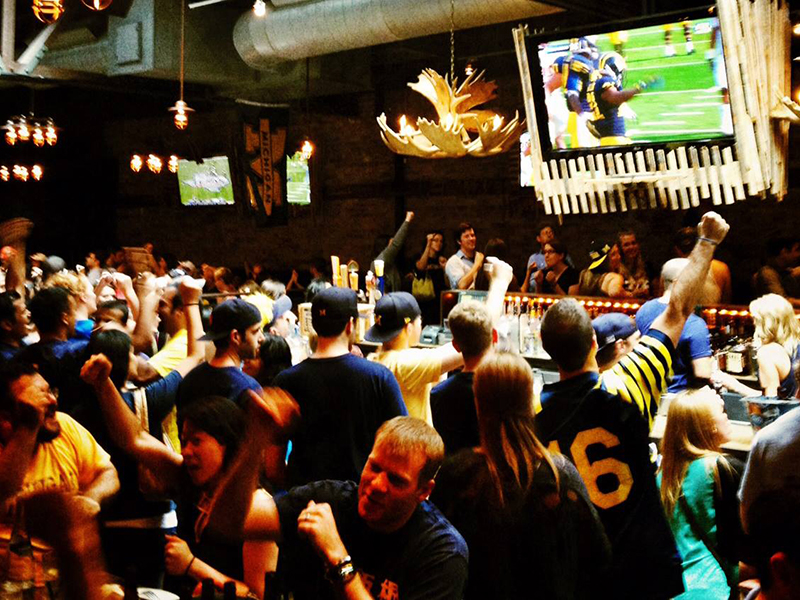 Nielsen is going to launch a full National TV Out-of-Home Measurement Service in April, which could be a key boost for sports networks that want to count and monetize viewers they receive in bars, gyms, hotels, airports and so on. This idea, which will use portable people meters (PPMs, cellphone-sized devices panel participants wear to track audio cues from the TV they’re around), has already been underway for a while, with ESPN and Fox both citing Nielsen-tracked out-of-home data for some of their programs during May’s upfronts (CNN did as well), but that was on a more limited scale.

As Jon Lafayette of Broadcasting and Cable writes, the full unveiling of these ratings in April (with data dating back to January) will be based on a significant sample size. It will include over 75,000 PPM panelists across 44 local markets, letting Nielsen project out-of-home viewing for over half of the U.S. population. It’s also won major praise from ESPN:

“ESPN worked with Nielsen 20 years ago to pioneer the first iteration of out-of-home TV measurement. This new advancement using passive, real-time technology represents a significant leap forward. We know that ESPN is viewed virtually anywhere there is a screen—from sports bars to gyms, hotels and the workplace. While C3, C7 and beyond are useful to measuring catch-up viewing in the home, this new service gives us the ability to capture out-of-home viewing precisely as it happens, and helps us double down on the power and delivery of live sports, while transacting on new, valuable audience segments for advertisers,” said Artie Bulgrin, senior VP of global research & analytics, ESPN.

What’s also interesting is how this will fit into Nielsen’s regular ratings and their forthcoming total audience metrics. The new total audience metrics are set to be released to agencies January 1 and to media March 1, and they’re focused on capturing viewing across devices plus on-demand and DVR viewing; they’re not the same as the out-of-home ratings. However, while the out-of-home ratings will be launched separately as a stand-alone product, the plan is to eventually integrate those numbers into the overall ratings:

Nielsen said it plans to provide subscribing clients with individual day data for program and commercial audience estimates on a weekly basis. While launching as a standalone service, Nielsen plans to incorporate out-of-home viewing directly into its currency national television ratings at a later stage.

…“Measuring where consumers watch content, regardless of platform and location, is at the core of Nielsen Total Audience, and this includes out-of-home viewing,” said Sara Erichson, executive VP, Nielsen Client Solutions and Audience Insights. “While consumers have always watched TV outside the home, that viewing has not been measured. This new measurement enables both buyers and sellers to understand the incremental reach of advertising messages.”

As brought up before, measuring out-of-home viewing is a key goal for sports networks (given the prevalence of sports on TVs outside the home), and there’s reason to think this could lead to big ratings boosts for sports. The PPM system was brought in in Canada in 2009, and it had a dramatic effect on lifting sports ratings across the board, so much so that many Canadian ratings are discussed relative to the PPM era.

Of course, an increase in ratings once out-of-home viewing is measured doesn’t automatically lead to a financial boost for networks; they’ll have to convince advertisers these extra viewers are worth more, and the advertisers have a few arguments of their own in their corner. For one, PPMs don’t track if their wearers are actually watching the content, so this isn’t necessarily all attentive viewing, and for another, advertisers can claim the bar/gym viewers were already priced in even if they weren’t officially measured. Still, Nielsen officially measuring out-of-home viewing is a significant boost for its importance, and one that will only get more valuable when it’s incorporated into the overall ratings. This is a big step for sports networks’ quest to track those out-of-home viewers and charge advertisers for them, and one that could be very important to the sports broadcasting world.