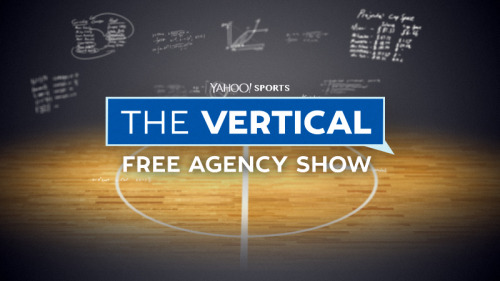 For sports fans in the U.S. and Canada, July 1 meant something very different in terms of the media coverage they’ll see based on what side of the border they’re on. South of the 49th parallel, the landscape was dominated by NBA free agency coverage, with ESPN airing plenty of televised coverage throughout the day, Yahoo delivering a streaming show around the opening of the free agency negotiation period, and other print, radio and online outlets heavily covering the NBA. North of the border, though, TSN and Sportsnet both had extensive shows on the opening of NHL free agency, also a priority for Canadian print and digital outlets, meaning that NBA fans in Canada and NHL fans in the U.S. were both likely underserved. Of course, it’s possible to keep up with plenty of coverage across borders these days, so fans in both countries were certainly able to follow the news they cared about, but it is more challenging for NHL fans in the U.S. and NBA fans in Canada to follow July 1 media coverage of their sport than it is in the other country. Is there anything that can be done about that, though?

If the dates stay the same as they are currently, this is an argument about altering media coverage, but there are plenty of flaws with that. Media organizations on both sides of the border need to attract the largest audiences possible in order to make the most money, and it’s currently clear that the way to do that on July 1 is for American outlets to go big on NBA free agency and Canadian ones to go big on NHL free agency. Those are the sports that have more fans in those countries (as measured by TV ratings in particular), and you can’t just ignore that. Of course, print and online outlets in particular (which, unlike any particular radio or TV channel, have the ability to display multiple stories at once and let viewers choose) can have their cake and eat it too a bit here, presenting stories from the less-popular sport for the fans who do care about it to read, but those stories are still competing for writing and reporting resources as well as page space, so this divide matters to them too.

The argument that media outlets should cover all sports equally (or both in this case) is nice in theory, but it simply doesn’t work from an audience and monetization standpoint. As much as NHL fans in the U.S. might love to see ESPN do a full free agency show, or NBA fans in Canada might love to see TSN or Sportsnet cover that free agency period extensively, it just doesn’t seem logical for those companies to invest a ton in the sport that’s less popular in their country. You can’t tell viewers what to watch to any great extent; if TSN went all-in on NBA free agency instead of NHL, they would get pummeled in the ratings and receive a tide of criticism, and the same’s true if ESPN abandoned the NBA for the NHL. Some incremental steps could be made, absolutely; all these networks have multiple feeds, and maybe they could have broadcasts devoted to the less-popular sport on one or two of them. That isn’t going to really change things, though, and those broadcasts are expensive and would siphon off some resources, so they’re not necessarily worth it. Thus, as long as July 1’s the key date for both leagues, there doesn’t seem to really be a path to more coverage of the less-popular league.

The obvious solution would be making it so the free agency periods don’t start on the exact same day, and in a lot of ways, the ball (or puck) might be in the NHL’s court if change is going to happen. The league’s going to get major Canadian publicity almost regardless of what date it starts its free agency period, but it could potentially draw much more attention in the U.S. if it wasn’t going head-to-head with the NBA. Some Canadian fans might question catering to the U.S. market, but American attention is valuable for the NHL, considering that 23 of its 30 current teams (plus its expansion team in Las Vegas) are based there and that the U.S. has 10 times the population of Canada. Meanwhile, while it’s nice for the NBA to get attention in Canada, it’s not exactly a high priority for them; only one team (the Toronto Raptors) is based there, and the smaller population means there’s less of a market to target. So, if movement happens, it would likely be NHL-instigated.

It also seemingly wouldn’t be too hard for the NHL to move its deadline up a few days or a week. The NHL season typically starts earlier and ends earlier than the NBA’s (June 12 versus June 19 this year), and even the NHL Awards took place on June 22 this year. If the NHL had its free agency deadline on June 25 or 26, it would likely see similar Canadian media coverage and much-enhanced U.S. media coverage, especially considering that June after the NBA wraps up is often pretty dead in the sports world. The NHL wouldn’t instantly receive NBA levels of coverage for doing this, but it would definitely get more U.S. attention than it does. It might be an idea worth the league’s consideration.