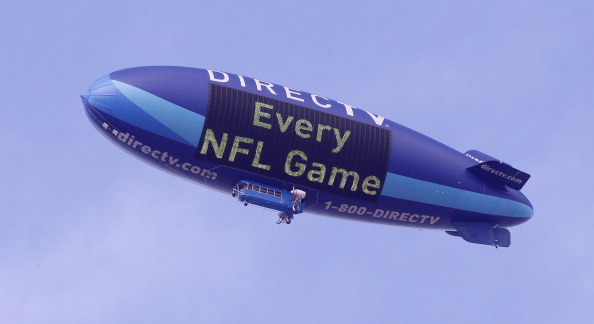 The NFL’s TV partners received some good news this past Friday. CBS, ESPN, Fox and NBC are no longer part of a class action lawsuit against the NFL and DirecTV over the out-of-market Sunday Ticket package. As a result, only the NFL, the satellite provider and the league’s 32 teams will have to defend against the lawsuit.

The suit was brought last summer as part of more than a dozen lawsuits brought on behalf of various consumers, bars and restaurants alleging they were gouged by price and by customers who said they were forced to buy the entire package rather than be allowed to buy the games of one team, i.e, the New England Patriots or just the New York Giants.

Originally, the lawsuit named the networks saying they were participating in a conspiracy that they wanted the number of Sunday Ticket subscribers capped at a certain amount and they also determined which games would be aired at certain times.

But an amended lawsuit was filed last Friday and the networks were no longer named, however, according to the Hollywood Reporter, the outcome could still affect them. And there’s the question of the NFL which sells its broadcast rights to all of its games to the networks as opposed to MLB, NBA and NHL which allow local broadcasters to buy rights, but the NFL can argue that it doesn’t have as many games as the other leagues and its season is shorter, thus the need to sell rights nationally.

As far as the lawsuit against Sunday Ticket is concerned, we’ll see if the courts eventually decide to rule against the NFL or if a settlement regarding selling individual teams comes about. In this decade, we’ve already seen the NBA settle a suit to sell individual teams and even individual games to out-of-market subscribers. The NHL is also on board and MLB reduced its prices to its Extra Innings package for this season.

Sunday Ticket has amended its pricing and package somewhat, but not to the extent of the other leagues. The fact that the lawsuit is still being processed shows that this isn’t going away anytime soon and perhaps there’s hope that Sunday Ticket could be amended in one way either through price or allowing individual team packages to be purchased. We shall see.