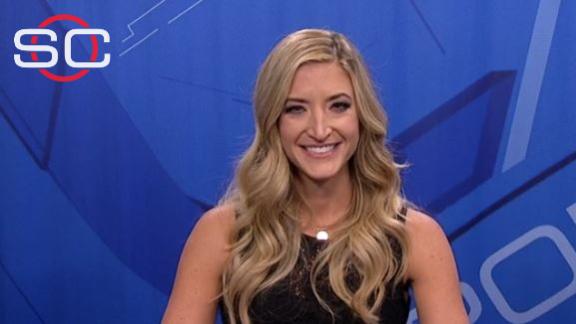 We’re starting to see quite a push into original content from NFL Media, starting with Michael Mandt’s hire as executive producer of original content back in April and continuing with new efforts like Good Morning Football, and their latest hire looks like another smart move. They announced Thursday that they’ve brought in Cynthia Freland from ESPN as NFL Media’s first analytics expert.

In her role with the NFL Media group, Cynthia will appear across several studio shows and platforms to provide statistical and advanced analytics insight, bringing a unique perspective to educate and inform fans about the NFL’s players and league trends on a deeper level than ever before. Cynthia will appear regularly on such NFL Network shows as NFL GameDay Morning and NFL Fantasy Live, as well as NFL Network’s coverage of the Super Bowl, NFL Scouting Combine and NFL Draft.

“Cynthia will break down complicated data and statistics, recognize patterns and trends, and then translate it in a way that is easy for fans to digest and understand,” said Michael Mandt, NFL Media’s Executive Producer of Original Content. “She is a great addition and makes fans smarter, fantasy owners better and does so in a way that no other football analyst does.”

Cynthia (@cfrelund) joins NFL Media from ESPN, where she served as a Predictive Analytics Analyst on SportsCenter for the past two years.

Prior to joining ESPN, Cynthia was manager of Business Development for Disney/ABC in Los Angeles, analyst for the NFL’s CFO, and senior analyst for Fusion Finance.

Analytics are becoming a more and more important part of sports coverage all the time, and we’ve seen ESPN make substantial pushes in that direction with the acquisition and expansion of FiveThirtyEight, hires like Advanced Football Analytics founder Brian Burke, and the launch of an analytics vertical earlier this year.

It’s interesting to see NFL Media get in on this, though, as football has often been one of the more resistant sports to advanced stats. Frelund comes in as a well-respected analyst, and her work supplying stats for SportsCenter and doing on-camera daily fantasy analysis shows she already has the ability to find ways to identify and present advanced stats that will resonate with more casual audiences. She should be a very nice addition to NFL Media’s team.