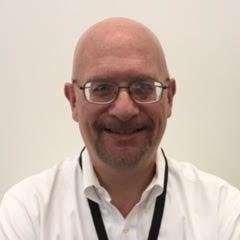 He has one of the longest-tenured reporters covering the sports media beat. Richard Sandomir of the New York Times has been writing about sports media since 1991 and his 25-year run is about to come to an end. The Times will reassign Sandomir to the obituary section. And before you think this is a demotion, the Times puts heavy significance on obituaries, especially for world leaders, celebrities, musicians, so Sandomir will be moving to a more prominent beat at the paper.

Another Richard, Deitsch of Sports Illustrated reported the news of the Sandomir move in his regular Monday column at SI.com:

I had many conversations with Richard over the years and respected him always, even when I disagreed with something he wrote. Along with SI’s William Taaffe and others, he provided a blueprint on how to cover sports media nationally with a writer’s touch as opposed to the rat-tat-tat musings of Rudy Martzke. I lost count on how many times I would do research on a subject and find a Sandomir column. He asked tough questions on conference calls and press conferences, which helped others do the same. People thought I considered him a competitor but that wasn’t the case for me. That the New York Times invested in sports media—and invested with a quality journalist—was always helpful. I wish him only the best.

Consider this, in his 25 years in covering sports media, when Sandomir began writing stories, ABC, CBS, NBC, ESPN and TNT were the NFL’s TV partners, CBS and ESPN were broadcasting Major League Baseball, NBC and TNT were the NBA’s television networks, CBS had just begun airing the entire NCAA Tournament and ESPN had the NHL. Fox Sports would not come onto the scene until 1993. Disney was still four years away from purchasing ABC and ESPN.

Here are some of the big stories that Sandomir covered in his years on the sports media beat:

1993 — Fox outbids CBS for the rights to the NFC leaving the Tiffany Network out of the NFL for the first time.

2010 — CBS teams up with Turner Sports to air the NCAA Tournament this after CBS approached ESPN to take over the event.

2014 — NBC signs a mega deal extending its contract to broadcast the Olympics through 2032.

This year, Sandomir extensively covered Vin Scully’s final year as Voice of the Dodgers. His writing and reporting on sports media will be missed. He was always approachable and willing to do an interview at a moment’s notice.

Sandomir’s impact in covering the sports media beat cannot be measured, but over a 25-year span, he developed many contacts and as Deitsch mentioned earlier, he was a regular on network media conference calls. It’s not known who the Times will tap to replace Sandomir, but whoever follows him will have huge shoes to fill at the paper.