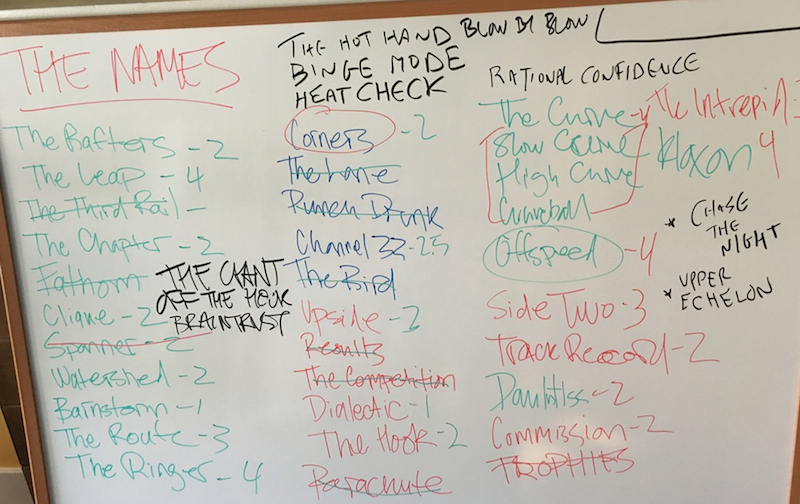 Entering Monday we knew a fair amount about The Ringer, Bill Simmons’ new web site. We knew that it would launch some time in 2016, that it would cover sports, pop culture and also technology, that it will be produced in partnership with Medium, that its editorial structure would be very Grantland-heavy.

We just didn’t know who would be writing.

On Monday, The Ringer unleashed a barrage of tweets announcing hirings from Game of Thrones beat writer to copy desk researcher. Unsurprisingly, the list includes some ex-Grantlanders.

Maester Jason Concepcion (@netw3rk) joins our team for #GOT, @NBA, and a lot more #AsktheMaester. (HINT: Sign up for our newsletter.)

Kicking off signing day with an old friend. @KatieBakes's back! Sports, tech, culture, love, Rangers, Giants; she will be all over the site.

All-around Internet wiz Jason Gallagher (@jga41agher), fresh off a stint with the @DetroitPistons, will be serving your viral video needs.

Baker covered mostly hockey for Grantland, while also ruminating on other New York sports and handling the site’s “Wedded Blitz” column. Concepcion wrote about basketball and Game of Thrones, with his “Ask the Maester” column essentially required reading for the show’s fans. Gallagher contributed basketball-related content now and again and pioneered the NBA Video Music Awards.

Other Ringer hires include a variety of writers who basically represent Simmons’ commitment to sports (especially basketball), pop culture and tech.

Covering culture and sports, Sam Donsky (@danceremix) is a unique writer coming to us from The Players' Tribune. Sorry, Derek Jeter.

We are pumped to be bolstering our TV coverage with the gifted Alison Herman (@aherman2006), who is joining us from Flavorwire.

LA native and former GQ editor Sam Schube (@SamSchube) is coming home to work with us on the culture desk.

Internships DO pay off. Megan Schuster (@megschuster) was an intern at Grantland. Now she's a researcher on our copy desk.

Did you think Simmons wasn’t going to have more basketball writers? Jonathan Tjarks (@jonathantjarks) is on the team covering hoops.

Last (for now) but not least: Lindsay Zoladz (@lindsayzoladz) brings her award-winning talents to us as a critic and feature writer.

You would have expected Simmons to poach talent from Wired, the Cut and RealGM.com. Not sure you would have imagined a recruit from The Player’s Tribune, but Simmons’ wildly successful hiring record at Grantland earns him the benefit of the doubt on all new writers. To the extent Grantland was a success, it was because the site was stocked with talented and unique young voices.

There will of course be more Ringer hires to come. You can bet the next round will be a little heavier on sportswriters, given that it is expected to be, in large part, a sports site.

The Ringer also released its first newsletter Monday, with an intro from Simmons, GOT talk from Concepcion and a timely NCAA Tournament column from Tjarks.

Here is how Simmons introduced the site:

The Ringer. Easy to spell. Easy to say. Easy to remember. It frightened us for only two reasons:

1. A whopping total of zero websites have succeeded after using the same name as a failed Johnny Knoxville comedy about the Special Olympics.

2. If you look at theringer.com too fast, it looks like a Santa Barbara wine called Theringer.

Then again, “The Ringer” worked way better than other names we were considering. Sean Fennessey liked “Klique,” which sounds like Kanye’s ill-fated answer to Tidal. Chris Ryan pushed for “Klaxon,” which sounds like a new fiber cereal that might blow out your colon. I liked “Watershed,” which sounds like a financial-planning service that might advertise on my podcast. Eventually, I pivoted to “Heat Check,” then “Channel 33,” then “Chase the Night” — which I’ve loved ever since overhearing Worldwide Wes tell a young NBA player to go home instead of a strip joint because “you can’t chase the night.” What does this have to do with a website? I have no freaking idea.

It’s comforting to see references to Johnny Knoxville, Kanye West, Worldwide Wes and, of course, Simmons’ podcast, all in the first 200 words. It seems safe to say Simmons has not changed. 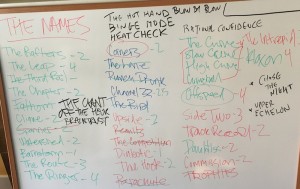 Now, The Ringer isn’t the most inspiring name we’ve ever heard, but it sure beats Dialectic, which could be the most pretentious proposed name in website history.