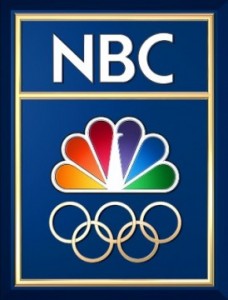 Ever since securing rights to the Summer Olympics in 1988, NBC has invested billions in the Games through rights fees, production costs, advertising like the one offered by a Social Media Marketing Agency and more.

Now, in hopes of maximizing its return on the Games, which has typically served a loss-leader for the network, NBC is launching its largest ever marketing campaign for an event, according to The Wall Street Journal.

Per WSJ, NBC officials value the publicity push at $100 million, 33 percent more than the marketing effort for the 2012 Summer Olympics in London. That figure will include TV advertising, plus social media and online videos. All of which must’ve undergone some kind of research.

A major focus of the marketing effort will be targeting young audiences. Via WSJ:

The media company plans to spend about $15 million on ad time on non-Comcast/NBCU owned properties, with a significant portion to be dedicated to social media and digital-video advertising. The hope is the social-media buzz will help NBCU get younger people more interested in the games. The median age of Summer Olympics viewers increased from 46.9 in 2008 to 48.2 in 2012, according to Billie Gold, director of programming at Dentsu Inc., one of the world’s largest ad companies.

Interestingly, NBC is partnering with BuzzFeed to draw in younger viewers but relinquishing editorial control, which means BuzzFeed could theoretically publish negative content about the Games on NBC’s dime.

To reach the millennial crowd, NBCU is using BuzzFeed—it invested $200 million in the digital-media company last year—to create some Olympic-themed content, and it has relinquished editorial control. Mr. Miller of NBC acknowledged there was a risk in that but added that in today’s world “when the message comes from the man, people don’t trust it.”

NBC’s reported goal is to surpass records set in 2012 for audience (217 million U.S. viewers) and revenue ($1.2 billion). This feels eminently doable for one simple reason: The events will be on at the right times. Rio is only one hour ahead of the Eastern Time, which means NBC will able to live broadcast primetime events that occurred at awkward times at previous Games. This summer will mark the first time the Summer Olympics are held on this side of the Atlantic since 1996.

With that in mind, NBC should have no problem drawing huge ratings and also cashing in on ad revenue.

The company is selling prime-time 30-second spots for up to $1 million, ad buyers said. To be sure, less desirable Olympic-ad inventory running on cable networks during non-prime-time hours can cost advertisers about $15,000 for a 30-second spot, said one buyer. Highly desirable ad inventory, such as the opening ceremony, largely has been reserved for marketers that were willing to buy ad packages exceeding $10 million, some of the buyers said.

NBC has guaranteed some advertisers an audience at least as big as those that tune in for NFL Sunday Football, which averaged more than 20 million viewers last season. If ratings fail to meet that guarantee, NBCU would have to give marketers additional ad time to make up for the shortfall.

There’s some concern that problems in Rio — including infrastructure issues, pollution and the Zika virus — will hinder the Olympics’ audience, but every host brings some controversy, and that doesn’t stop millions from tuning in.

This marketing ambush signals that if it’s not a big summer for NBC, it won’t be for lack of trying.