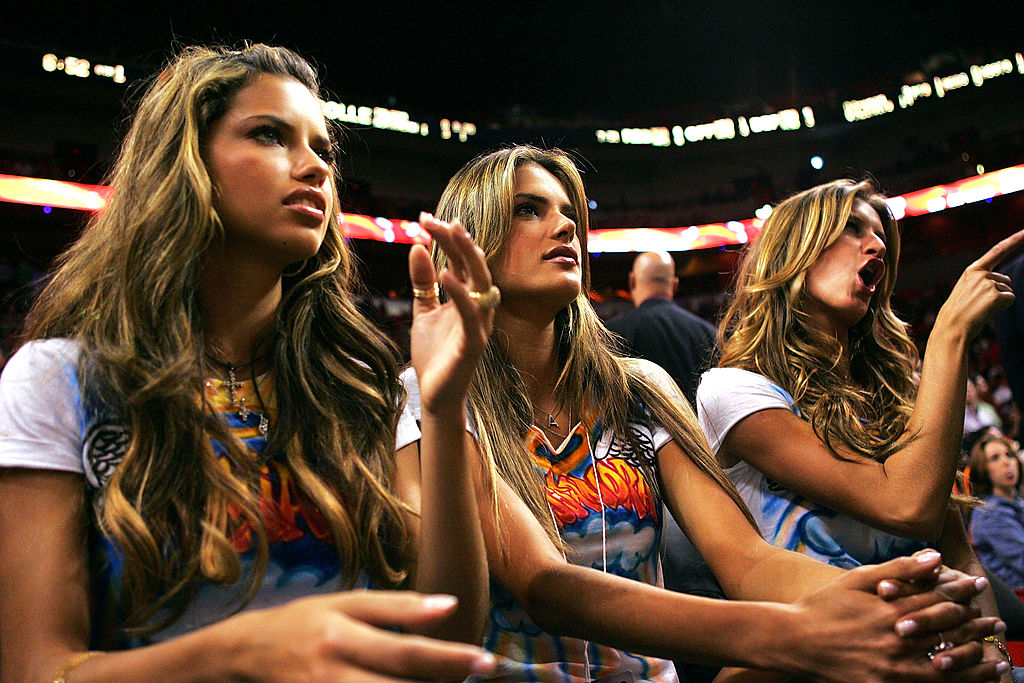 NBC’s Olympic coverage has been getting more and more of a Hollywood element to it in recent years.  Much of that can be seen in the hiring of Ryan Seacrest to anchor the network’s late night coverage.  Seacrest is known for his years of experience hosting things that are definitely not sports like American Idol, Dick Clark’s New Year’s Eve and American Top 40.  Although believe it or not, Seacrest actually got his start in sports hosting something called the Radical Outdoor Challenge on ESPN in 1993.  Don’t believe me?  Here’s Cheap Seats making fun of it.

Anyways, that trend is going to continue this year as NBC is bringing in two “ambassadors” to offer commentary and features on the home country of Brazil.  And no, it’s not Pele, it’s not Rivaldo, it’s not even Helio Castroneves. It’s world-famous supermodels Alessandra Ambrosio and Adriana Lima.

Here’s the announcement from NBC:

Brazilian supermodels and actresses Alessandra Ambrosio and Adriana Lima will join NBC Olympics coverage of the Games of the XXXI Olympiad in Rio de Janeiro. The Opening Ceremony is Friday, August 5 on NBC.

Ambrosio and Lima will present features and offer commentary on the Olympics in their native Brazil during NBC’s late night coverage, hosted by Ryan Seacrest at NBC Olympics’ Copacabana Beach studio. They will also contribute to NBC Olympics’ coverage across various networks and platforms.

“Adriana and Alessandra are the perfect ambassadors to guide viewers through the celebrations taking place outside of the competition, showcasing the off the field experience for Olympic fans,” said Jim Bell, Executive Producer, NBC Olympics.

Ambrosio began her modeling career more than 15 years ago. She has walked numerous runways for some of the world’s biggest designers, started her own swimwear line, Ale by Alessandra, inspired by her native Brazil, and kick started her acting career appearing in several Hollywood films. She was also featured during the Rio segment of the Closing Ceremony at the 2012 Summer Olympics in London. Lima’s modeling career spans nearly two decades. She has graced countless international magazine covers, served as a spokesperson for some of the world’s most recognizable fashion and beauty brands and is the only person to have starred in two highly watched Super Bowl commercials in the same year. Both women have earned the coveted title of Victoria’s Secret Angel and have worked with numerous international brands, which have garnered them top spots as highest earning supermodels.

There are definitely going to be some hardcore Olympics sports fans that just see this as another step by NBC to make the Olympics less about the games and more about the fluff surrounding them.  That’s certainly understandable, but in truth NBC’s coverage (especially in primetime and late night) is never really about the actual games but the stories that they can milk out of them.  It’s less a sporting event for NBC and more of a live action drama.  If NBC thinks Lima and Ambrosio will help reach new viewers (and there’s a chance they will) then it’s worth bringing them on board.  It’s admittedly a long, long way from an X’s and O’s breakdown of Team USA basketball or the US Women’s National Soccer Team, though.

The bigger question might be what features and commentary Lima and Ambrosio will offer regarding the home country.  It’s no secret that Brazil is a quagmire with scores of health concerns and civil unrest.  At least heading into the Olympics, it would seem more relevant to focus more on a journalistic presence looking into what’s really happening on the ground in Brazil.  If NBC is going to try to produce what amounts to Travel Channel features on Brazil while police are welcoming Olympic tourists with banners that say “Welcome to Hell,” it may produce a disconnect with the reality of the situation surrounding the Olympics.