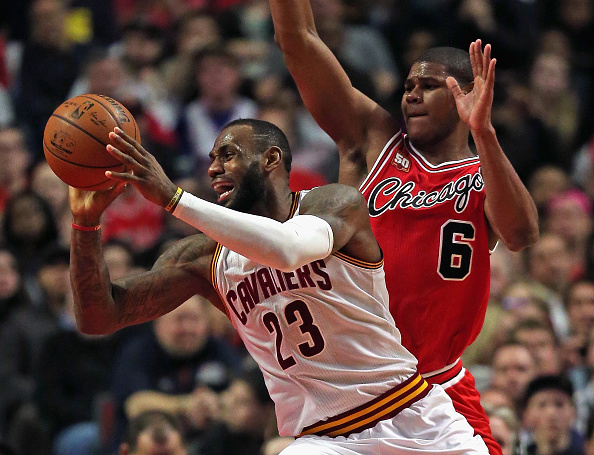 As the NBA is now fully into the postseason, the Association’s national television partners are happy over their viewership for the regular season. ABC, ESPN, NBA TV and TNT all saw increases in the 2015-16 regular season as opposed to the previous season. A lot of that had to do with the Golden State Warriors which led the way in viewership among the teams receiving national appearances on ABC, ESPN and TNT this season.

ABC had the biggest viewership of the four national partners according to Paulsen at Sports Media Watch:

This being the first year for Saturday night primetime broadcasts, the audience for those games helped to increase ABC’s ratings and viewership from its slate of Sunday afternoon games and its Christmas Day game.

As for the cable partners, SMW notes that the numbers were up for them as well:

Some highlights for the season:

You should be noticing in the last three items that the ratings have been driven by the Warriors who have been the main attraction for the NBA this season. SMW notes:

The Warriors fueled this year’s increases, averaging a league-best 3.0 million viewers for 30 nationally televised games (not including NBA TV). The Cavaliers ranked second with 2.6 million for 25. Golden State played in ten of the 17 most-watched games this season, including the most-watched regular season game since 2011 and the two most-watched non-Christmas games since 2013.

So the NBA’s network partners are just tickled pink and they know as long as the Warriors remain in the postseason, they’ll be a huge draw for fans wanting to see if they can repeat as NBA Champions and set history once again in 2016.