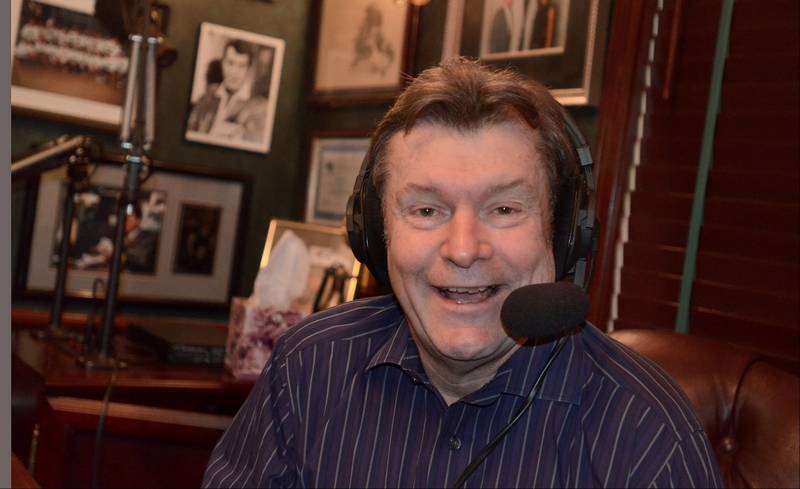 Fox Sports Radio morning show “Fox Sports Daybreak” came to wide attention Monday when the official @FoxSportsRadio Twitter account tweeted and then deleted co-host Mike North’s rant about how ESPN baseball analyst Jessica Mendoza “is the worst baseball announcer who has ever announced the game of baseball.” North’s rant is bad enough in its own right, bashing Mendoza without giving any reasons why (while using the “I’m not a sexist, I like these other female announcers” defense), but the biggest reason it got wide attention was thanks to the FoxSportsRadio tweet, as it’s highly unusual to see an official network account take a shot at the competition. It’s also worth noting, as Deadspin’s Barry Petchesky does, that this is just one of the numerous incredibly hot takes North and co-host Andy Furman (who have hosted this morning show together since December 2013) have dropped recently.

First, it’s worth pointing out that it’s not North’s opinion that Mendoza is a bad analyst that’s so problematic, but rather the lack of support he provides for that opinion. It’s not out of bounds to discuss strong or weak points of Mendoza’s work, but that’s not what North does, as the transcript of his comments at Deadspin illustrates. Instead, he makes the hyperbolic statement that she’s the worst ever, says it’s not because she’s a woman because he likes some female commentators, but fails to provide any reasons why she’s so bad. Given the long history of awful baseball announcers who have encyclopedically been documented as terrible, too, his case seems pretty weak; let’s reevaluate this once the negatives about her come close to what was documented at Fire Joe Morgan.

There may be a conversation to be had about the technical merits of Mendoza’s work in the Sunday Night Baseball booth, or even about how their booth is working with two hitting-focused analysts (Mendoza and Aaron Boone) rather than ESPN’s traditional hitter/pitcher split. However, “she’s the worst ever” is just stirring the pot rather than adding anything to the conversation. If we look at some of the Fox Sports Daybreak headlines over the last while, though, name-calling, hyperbolic claims and pot-stirring appear to be about par for the course. Here are a few of the best (worst?) ones:

The amazing thing is that more of these (or other ones, such as the various “greedy pig” headlines Petchesky notes that don’t appear to be on the FS Daybreak page any more) haven’t made bigger splashes, but perhaps that shows the profile of this show and how desperate these guys are for attention. That fits in with the state of much of the sports radio landscape these days, where it’s a race to the bottom in an effort to have the most provocative takes possible. On its own, though, while this stuff (and the “worst broadcaster ever” Mendoza comments in particular) would be notable, it would be a relatively isolated story; despite the problems with North’s comments, they’re not as obviously crude or terrible as, say, the ones Atlanta radio host Mike Bell made about Mendoza last fall. What’s particularly interesting here is the Fox Sports Radio account promoting a direct attack on a competing broadcaster, which may speak to the growing rivalry between Fox and ESPN.

However, maybe this shouldn’t be all that surprising. Fox hasn’t been subtle about their anti-ESPN stance for a while, dating back to even the launch of FS1 as an “ESPN alternative” and “The 1 for fun.” That rivalry’s shot up to a new level recently, with Fox bringing in ESPN vets like Colin Cowherd and Jason Whitlock, and those personalities then publicly attacking their old employer. That’s likely to continue now that Fox has added Skip Bayless and thoroughly embraced debate, and we’re now seeing public shots between the companies from high-ranking executives. Thus, maybe Fox Sports Radio publicly tweeting rants about ESPN talent is going to be the new normal, and maybe North and Furman’s hot takes will get them a slot in the new debate-centric lineup of FS1. Maybe the surprising thing is that they deleted the tweet.