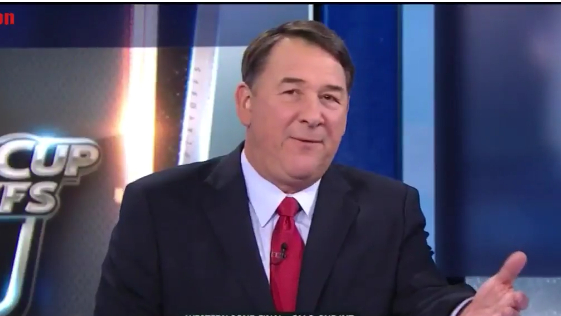 The St. Louis Blues took some bad penalties in Game 2 against the San Jose Sharks which ultimately played a major role in a lopsided 4-0 loss by the Blues. NBCSN analyst Mike Milbury agreed that the penalties were dumb, but probably not in the way you’d expect.

He said he was joking…but you be the judge:

Mike Milbury suggests, not too seriously he says, that if you're taking a penalty, injure someone (h/t @AGretz) pic.twitter.com/JctQ0btjzl

Milbury said he was joking (though it looks like he tried to cover things up only after seeing a surprised Jeremy Roenick), but his comments were met with fire online. Concussions are an extremely serious topic in the NHL – and the sporting world in general – and NBC probably won’t be too happy with their analyst “joking” about players causing concussions intentionally.

Are we really surprised? Milbury has said a ton of controversial/stupid things over the years. Then again, what do you expect from a guy who once tried to beat someone up with his shoe?