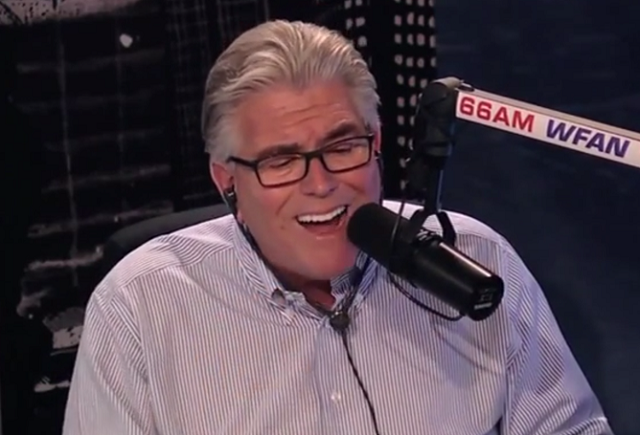 Mike Francesa really isn’t sure if it’s a new report or an old report.

The bombastic host of Mike’s On: Francesa on the FAN was hosting his show when he discovered a report that Mets pitcher Zach Wheeler suffered a torn ulnar collateral ligament and was seriously injured. The problem was, the report Francesa watched wasn’t new. It was from over a year ago. Wheeler might have been injured recently, but the 62-year-old mixed up an old report thinking it was a new one.

He discovered this on air. You’ll either love or hate the next six minutes if you choose to click on this.

Mike Francesa sees a flashback on SNY from last year about Zack Wheeler's torn ligament; reports it as breaking newshttps://t.co/ZWHP9Tom6d

Here’s the entire transcription. It’s a doozy. Francesa experiences all the stages of grief.

“So… uh… *worried voice* Monz *inaudible* get Eddy up OK and find out what’s going on. I mean obviously the Mets gave that to SNY, so they must have given to Eddy. I wanna hear the whole report. So Ulnar collateral ligament tear for Wheeler. So.. uh.. again this is a… the Met news continues to be bad. Ya hope it isn’t for Cespedes, Cespedes left the game tod..”

“NO THEY JUST *inaudible* to it a minute ago. They said the news on Wheeler came up yesterday Monz, I was watching it. They broke in da the show. and said the news, he went to the hospital yesterday and came up with an ulnar-collateral ligament tear. That’s what he said on yesterday’s show. Apple was just on there a minute ago. You’re telling me that’s a tape from last year’s show that he was on when he broke into da show!?!? YEAH, but they broke into the show wit that! are they’s saying it was las..  was that yesterday’s or last year’s? was that yesterday’s or last year’s? JUST CALL UP EDDY AND ASK IF THE METS REPORTED THAT. Wait a second? He went to the hospital yesterday?! they just had him break into the show… a minute ago.. and said the news on Wheeler’s not good, is that  new news or last year’s news? Fi.. Just get Eddy up and find out if that’s the news, because he did go to the hospital yesterday with elbow dis.. just.. uh.. Apple just said it. Is that a new report or an old report?”

“Because I just saw them break into the show, so are you telling me they broke into da show with the highlights show is.. tha… wa… so he goes to the hospital last year and he goes there again yesterday and it’s the same report? or is Wheeler down again and is that last year’s news?”

“So we’ll find out folks what the story is on that.. is that a report that was… is that a tape from last year on the same report or is that a new report? *deep breath* I just heard him say that on the air. That it was.. the news on Wheeler’s not good. He went to the hospital. Is that yesterday’s report? or is that last year’s report? We’ll get a confirmation on that right now.”

After he cleared up the confusion, Francesa started to take calls. A caller named Mike decided to troll him just to make sure the date of the report.

Caller: Hey, how you doin Mike? How are you?

Caller: Nothing, just wanted to ask you, is that a new report on Wheeler or is that last year’s report?

Francesa:  We already answered that one ok… it’s last years report on Wheeler. I said it ten times so no one got in any way mistook that it was this year’s.”

Francesa is so brash that he didn’t want to believe it was an old report. He kept questioning it and it comes across quite hilariously. Next time, he should double check the date of his news before he hits the airwaves, otherwise, we get six and a half minutes of this – which is pretty much ear poison. I never want to hear him say, ‘was that a new report?’ ever again.