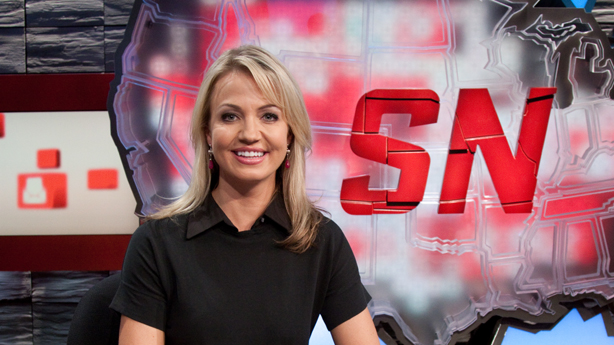 Adam Schefter’s ESPN interview with Greg Hardy that made headlines Monday and Tuesday is now prompting on-air criticisms from other ESPN personalities. Michelle Beadle addressed that interview on SportsNation Tuesday, and said (via ProFootballTalk’s Mike Florio) that she doesn’t like the platform her company gave Hardy:

“I feel dirty in that this guy has no job right now, and for some reason we’ve decided as a network that we’re going to give him the stage for his redemption tour as he basically goes out and tries to find some employment,” Michelle Beadle said on Tuesday’s SportsNation. “I don’t understand why we’re doing that. If he wants to figure out a way to get his message out there — which by the way, he hasn’t said he did anything wrong, so how a man is supposed to convince anybody he’s changed and yet not admit to actually doing anything? I have no idea. But why we’re giving him the forum to go out there and tell anybody that is where I’m a little bit confused.”

The “redemption tour” criticisms are absolutely fair, especially considering how much attention ESPN seems to be giving to just one side of this story. Yes, Schefter asked Hardy about the 2014 domestic violence charges (which led to a guilty verdict in a bench trial, but were dropped when accuser Nichole Holder didn’t appear before a jury for the appeal) and about the photos of Holder’s bruises Deadspin published last November, but seemed content to let responses like “Pictures are pictures, and they can be made to look like whatever they want to” and “I am an innocent man” pass without further grilling. Schefter himself appeared on The Dan Patrick Show Tuesday and said Hardy seemed like “a changed kind of guy,” which bolsters the “redemption tour” narrative. Beadle took issue with that on Twitter, too:

For the love of f&$@. Dude doesn't admit to wrongdoing. Dude has changed? I give the hell up.

By contrast, Holder’s side of the story, about how Hardy threw her against a wall, tossed her on a bed covered with guns, choked her and made her feel like he would kill her, has only been lightly alluded to (and not in graphic detail) in the recent ESPN accounts. Her statement released Tuesday didn’t get much play, either, but it indicates the real consequences this story has had for her:

“I have worked very hard to distance myself from the media. I have relocated twice, changed my phone number more times than I can remember — I’ve even considered legally changing my name,” she said. “In four weeks I will be graduating from college with a Bachelor’s Degree in Operations Management. My focus is on finding a job, which has had its own unique challenges because of the news coverage related to my name. I am trying to move forward with my life and am asking the media to respect my privacy and wishes.”

It’s fair that Holder doesn’t want to talk about this any more, and that’s obviously going to hinder coverage of it. However, journalistic organizations discussing Hardy, especially in a high-profile interview such as the one ESPN did, have a responsibility to present both sides of the Hardy story and to challenge his assertions where they conflict with the record and with the past legal proceedings against him. Schefter did some of that in this interview, but there’s a good case that he didn’t do enough, and that this did feel like part of the “redemption tour” Beadle is portraying it as. That may have repercussions for her, given how hard ESPN often is on internal criticism, but she deserves credit for speaking her mind here and criticizing the network’s handling of the Hardy story.