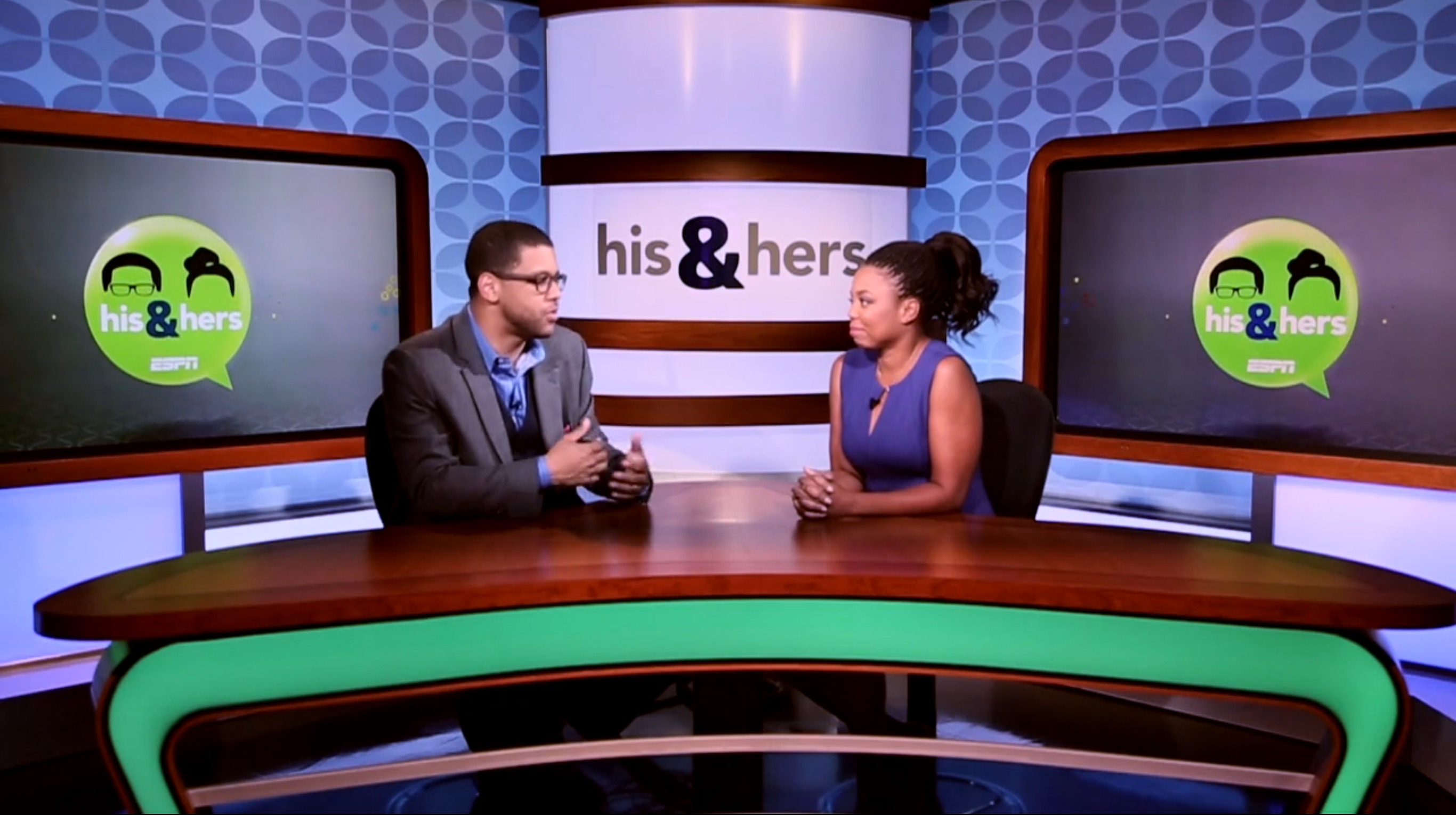 The 6 p.m. ET edition of SportsCenter will get new hosts in 2017. Variety reports that His & Hers co-hosts Jemele Hill and Michael Smith will move to the early evening edition of SportsCenter starting on February 6, 2017, the day after Super Bowl LI. They’ll take over for Lindsay Czarniak who goes on maternity leave in November and will return in a new role that willl be announced at a later date.

Hill and Smith recently signed new multi-year deals to remain with ESPN. And their hosting of SportsCenter continues a mild re-tooling that emphasizes discussion and interviews over highlights. The midnight ET edition of SportsCenter hosted by Scott Van Pelt has been catered to his strengths as an interviewer and host.

The format of the Hill and Smith edition of SportsCenter will include more conversation, commentary and opinion from the two hosts who have hosted His & Hers on ESPN2 since 2013 after that show was re-branded and re-tooled from Numbers Never Lie.

Rob King, ESPN senior vice president of SportsCenter tells Variety that each edition of the Worldwide Leader’s signature show is catered to the daypart it airs, “One thing we do know is that people watch differently over the course of the day.”

King adds that the 6 p.m. edition of SportsCenter will be about putting the sports news of the day into context:

“By 6 p.m. and 3 p.m. on the West Coast, we understand that audiences have pretty much come across the headlines that have happened in the course of a day, either through social content, or through mobile or digital content,” said King. “What they actually really need is a sense of why it matters, and a sense of context, as opposed to just news.”

Hill and Smith are expected to host their final “His & Hers” in the next few weeks and ESPN will announce new programming to replace the show down the road.

His & Hers has been airing at noon ET on ESPN2 and by moving to the 6 p.m. timeslot, it exposes Hill and Smith to another segment of the ESPN audience. And it continues the evolution of SportsCenter to more discussion, debate and personality-driven programming.