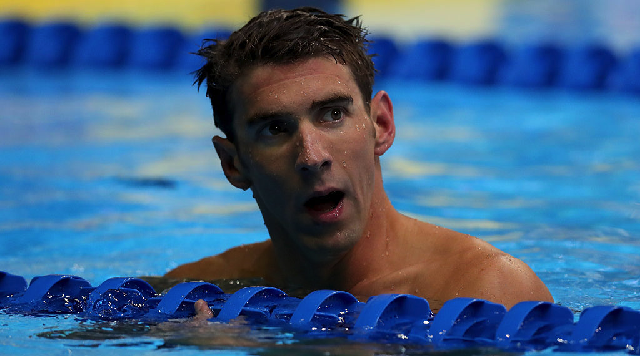 United States swimming legend Michael Phelps marched in his first opening ceremony Friday night, carrying the flag of his country to lead the delegation into the stadium during the Parade of Nations. After upholding his duty to his team, he was escorted out of the stadium and taken back to his room so he could rest for upcoming competition. For some reason, this rubbed some the wrong way.

.@TeamUSA enters the #OpeningCeremony led by the one and only @MichaelPhelps.

Phelps, like a number of swimmers, typically opts not to walk in the opening ceremony so he can rest his body for qualifying heats in the pool the next day. Standing around for hours is not ideal when you have to preserve the strength in your legs for what is to come the next day. Phelps, as accomplished as he has been in the pool, seems to have earned the right to do just that, but he was chosen to carry the flag for his country and felt obliged to do so in what could be his final Olympics. It is a once in a lifetime opportunity, and not one Phelps took lightly.

Even with the United States making an earlier entrance into the stadium than usual with the order of the nations entering based on alphabetical order of the countries’ names in Portuguese, the last thing Phelps wanted to do was sit around for a few more hours when he could be resting. It’s true that Phelps is not scheduled to compete in his events until Sunday, but early on Phelps has a schedule he needs to stick to to perform at the high level he typically does. He upheld his obligation and there was really no other reason for him to stick around.

In an age where some will find and manufacture reasons for being upset over the silliest of reasons, this may be the most ridiculous reason for rage we will see during the Olympics. Christine Brennan, who has taken a hard stance against Michael Phelps in the past for other reasons, seemed to be leading the outrage party over the idea of Phelps leaving the opening ceremony early.

Hard to see but that's Michael Phelps leaving the opening ceremony. First time ever for a US flag bearer. #outtahere pic.twitter.com/ig0rz6HOJm

OK, fine. That’s cool. He has gold medals to prepare for, so why shouldn’t he be heading out now?

I was told US vote was very close between Phelps and fencer Ibtihaj Muhammad, 1st US athlete to compete in hijab. She wouldn't have left.

Again, not really sure why this is an issue. Muhammad is making history for the United States by being the first Muslim American to compete in the Olympics while wearing a hijab, which is awesome and surely something that will cause Donald Trump to have a hissy fit. But she is not scheduled to compete until Monday, with a full weekend to recover from her first event. Phelps begins competition sooner and has a different training schedule to stick to. That is not a distinction that should be overlooked. Yet that did not stop the criticism of Phelps’ early departure from the opening ceremony.

We've got a new word for Michael Phelps' quick and unprecedented departure from flag-bearing duty: Phexit. Thanks @ByThomasOToole

Actually, maybe it was only Christine Brennan that seemed to have an issue with this. Go win some gold medals, Michael Phelps.