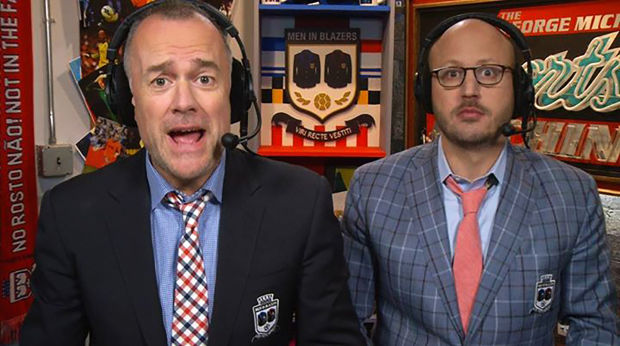 You either know what GFOP stands for or you don’t and that could make all the difference in your love life.

If you’re a fan of the wildly-popular Men In Blazers podcast, a guest on the show or a guest that hosts Roger Bennett and Michael Davies really want on the show, you are probably a GFOP (Great Friend of the Pod). The show and its subculture provide a way for soccer fans to connect with one another and appreciate the sport they love so much.

Now, there’s a place for GFOPs to find love with one another. This may be time to utilize dating tips such as the ones on Swinging 101.

GFOPSingles.com is a dating site created to “fill a hole in the dating sphere” that lets fans of football find a match from within a pool of people with similar views and one very similar interest.

According to the site, they want you to “find that special person that you can wake up in the early hours of the morning to cheer on the same team.”

The site doesn’t appear to be affiliated with Men In Blazers but is obviously an opportunity to tap in on the dedicated subculture that they’ve created and, just perhaps, fill a niche.

Is it a viable dating service? Who knows. But it does make you realize just how strong the GFOP population must be that someone feels as though there’s enough of an audience to launch a dating site just for them. Also makes you wonder which sports subculture will get a dating site next. “FindYourClaymate.com” for Clay Travis readers? “JoinYourOwnHerd.com” for Colin Cowherd listeners? The possibilities are endless.