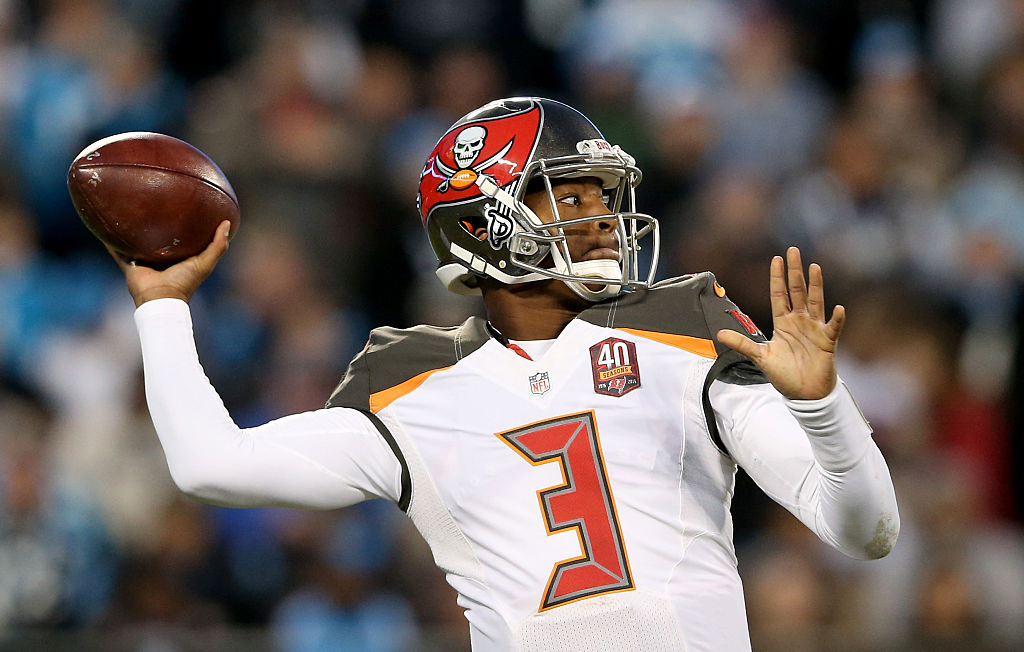 When ESPN’s The Undefeated published a piece called “The continued maturation of Jameis Winston,” you could almost be sure it was going to be bad. That’s partly due to the fact profiles of those accused of sexual assault almost never go, and partly because of the word “maturation.”

Predictably, the piece received criticism from across the web, from Deadspin to Slate to Awful Announcing. Overall, the piece was a press release. It noted that Winston was engaging in typical Good Guy™ behavior by meeting with kids at a local high school, and quoted his teammate noting that he is “engaged in the community.” It glossed over the sexual assault allegation as an “off-field issue,” lumped in with a shoplifting incident, and did not note that Winston benefited from Florida State University and the Tallahassee Police botching the investigation. Winston wasn’t forced by the journalist to even confront the allegations.

This is the problem with the “maturation” narrative. It’s one of several words — adversity, leadership, humbled, focus, classy, and Christian among them — that act in and of themselves as examples of improved character. Those words are the backbone of many sports profiles that don’t actually deserve to be written.

Let’s examine Winston’s supposed maturation, from a point that the writer chose not to touch on — the rape accusation — to now. We know he:

This is far too common in sports writing. Journalists are attracted to redemption stories, so they try to find them where they don’t exist. Winston won’t even admit to a sexual assault, so he can’t seek redemption for something he even thinks needs redemption.

But in the eyes of the public, Winston does need to redeem himself, so the writer glosses over the bad and props up the rest of Winston’s activities with a vague word to create a story that just isn’t there.

Essentially, the profile is a bunch of unconnected, non-substantive activities and quotes lumped together under the word “maturation” to imply that they must mean something. It’s not just maturation, it’s all the buzzwords that we somehow equivocate with “good.” SB Nation’s Spencer Hall brilliantly took issue with the word “spiritual” in one profile:

We’re fine if you’re openly religious, or if you’re not, but for anyone writing accurately about a situation this is a descriptor that contains no demonstrable value.

For example, take CBS Sports’ Jon Rothstein’s profile of Brandon Austin, who was accused of sexual assault at two different schools and kicked out of school after a Title IX hearing at Oregon.

For some reason, Rothstein saw Austin as a player in need of a redemption story. He was bad and now he is good, what a storyline! But Austin had done nothing to show he deserved redemption. He did not admit to any crime. He did not apologize. There is nothing to this story.

So Rothstein created a story. He noted that Austin’s new coach expects him to “do his homework,” which is irrelevant to the story. And suddenly, Austin has been “humbled,” according to Rothstein. There is no evidence to support this, and even if there were, it means nothing.

In reality, few sportswriters are qualified to write about whether an athlete is a good or bad person. Few know these athletes on a personal level, and their demeanor in press conferences has nothing to do with their character. Worse still is writing about their character with lazy adjectives and verbs.

We don’t know if Jameis Winston has matured. We will probably never know. That’s okay — we don’t need a story to tell us one way or another with lazy evidence and facts.