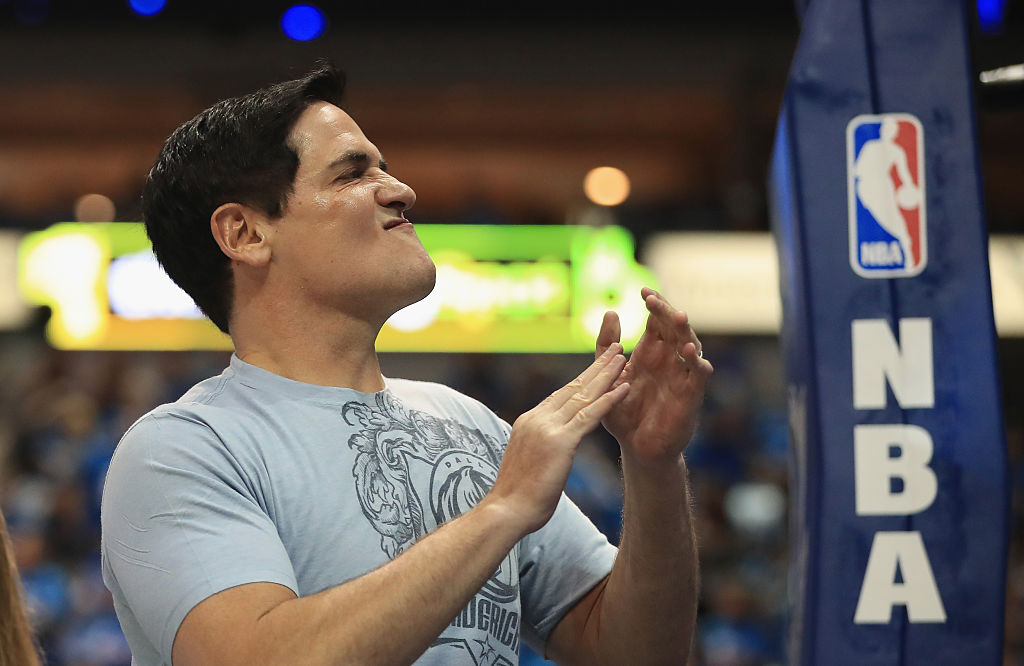 Dallas Mavericks owner Mark Cuban has been in the news lately for saying that he would listen to Democratic presidential candidate Hillary Clinton if she were to ask him to be her vice presidential running mate.

On Wednesday, James Pethokoukis wrote an op-ed for The Week touting Cuban’s merits as a vice presidential selection for Clinton. Most especially, the Mavs owner and Shark Tank star might help Clinton make up a perceived gap with men, many of whom may currently be favoring Republican candidate Donald Trump.

“It’s hardly a stretch that a ticket with Cuban, owner of the Dallas Mavericks and possessor of more than a bit of smash-mouth swagger, might do far better among men than Clinton-Warren or Clinton-Some-Quite-Pleasant-Male-Cabinet-Secretary. Right now, Clinton’s huge edge with women is equally balanced out by a huge gap with men.”

Naturally, Cuban tweeted out a link later in the evening to a positive article about him that took his political aspirations seriously.

Dallas Morning News columnist Tim Cowlishaw saw that and pounced on the opportunity to tease Cuban about the Mavericks’ lack of recent success, having lost in the first round of the NBA Playoffs in four of the past five seasons. (Dallas didn’t make the playoffs in the 2012-13 season.)

Because he's free from the end of April to November? https://t.co/MIZ2f6gf7u

ZING! That’s a pretty good line, if something of a cheap shot at an easy target.

Feeling the sting underneath some thin skin, Cuban responded to Cowlishaw’s snarky joke.

From there, the back-and-forth began between billionaire and sportswriter. Twitter war! Or was this more of a battle? Skirmish? Spat?

Wait, which one of my ratings? I have to maintain a lot of jobs… https://t.co/tQHxPL4bSI

I don't really need them, I'm just easily bored. Like someone else… https://t.co/ACX1cODGVB

This went on for quite a while, with Cuban and Cowlishaw each fighting to get the last word. You’ve seen such arguments in person. They’re exhausting. Unless someone really fires off a biting joke that leaves a mark. Otherwise, it’s just two guys gripping each other’s shoulders and dancing around, like in a baseball fight. That’s kind of what this became.

“You started it” was probably the perfect note for this Twitter scrap to end on. It actually did end at some point Wednesday night, right?

A quick check of Cuban and Cowlishaw’s Twitter timelines confirms that both men decided to move on and sort of become adults again. Or maybe Cowlishaw is working on some responses with an Around the Horn producer to tweet later on.