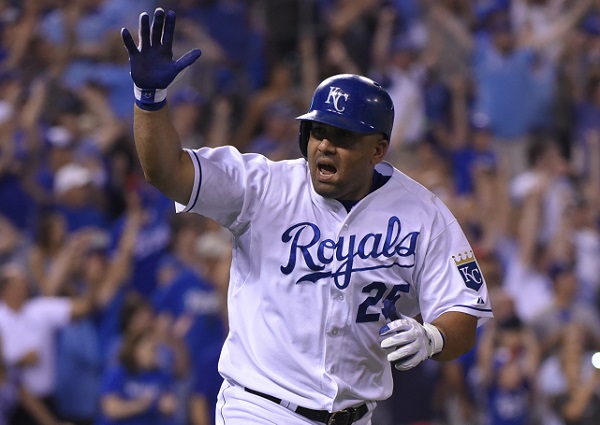 As a broadcasting entity, baseball doesn’t have the national pull of the NFL. The league has instead thrived on local television deals, as its regional popularity, combined with the value of live sports rights, is still enough to facilitate massive team-specific deals. In fact, it’s reasonable to say that the lifeblood of baseball is the local broadcasting model. But no model works without eyes on screens.

So how well did teams do this year? Forbes on Wednesday compiled numbers for all 29 American markets, and there were a few surprises, including at the top of the chart:

The Royals aren’t having a great 2016, and they’ll likely finish the season around .500. But coming off of a World Series victory (and back-to-back World Series appearances), they’ve rightfully built up quite a bit of local passion and goodwill.

St. Louis is also not a surprise, given their sustained period of contention and the renowned passion of the fan base. If you’re wondering which teams have seen a positive trend, it’s normally safe to look to the top of the standings:

The Cubs are an interesting case. Having gone through a lengthy period of non-contention (reaching back to 2010, two seasons before the Theo Epstein rebuild even began) they went from last place in the NL Central in 2014 to 97 wins and an NLCS run in 2015, followed by a few high-profile offseason acquisitions and a historically great start to the 2016 season. That’s a recipe for high-level fan interest.

The flip side to those success stories, of course, lie at the bottom of the standings, as the Padres, Diamondbacks, and Braves have had ratings success commensurate with their disappointing on-field performances:

On the declining side, the disappointing season for the San Diego Padres were reflective in terms of television interest. Ratings dropped from a 4.13 at the end of 2015 to a 2.65 on FOX Sports San Diego, a decline of 36%. The Padres were followed by the Arizona Diamondbacks and Atlanta Braves who each saw ratings drop 34% compared to last season in prime time.

If you want the full data, it’s neatly compiled in the Forbes piece, which is certainly well-worth a read. Moving forward, as the national numbers for baseball suffer (as evidenced by events like the 2016 All-Star Game) the local pockets of interest are the best representations of baseball’s health as a sport.