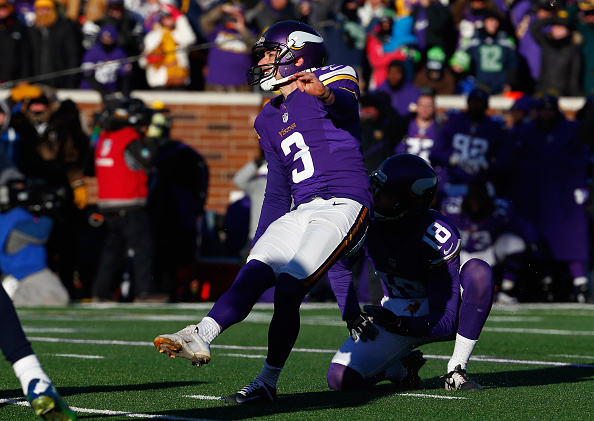 Blair Walsh missed a 27-yard field goal to end the Minnesota Vikings season on Sunday afternoon. The kick immediately spawned numerous memes and dragged back a number of bad memories for Vikings fans, though the call of the kick by Al Michaels on NBC wasn’t too great.

Thankfully, the fine folks at Uproxx Sports have unearthed the Seahawks and Vikings radio calls of Walsh’s missed kick, and they’re about as emotional as you’d expect.

The call from Paul Allen and Pete Bercich from KFAN in the Twin Cities? Anger. Denial. Disbelief. Sadness.

The call from Steve Raible and Warren Moon of KIRO in Seattle? Relief. Complete and utter relief.

Sports – they’re the best, and also the worst.