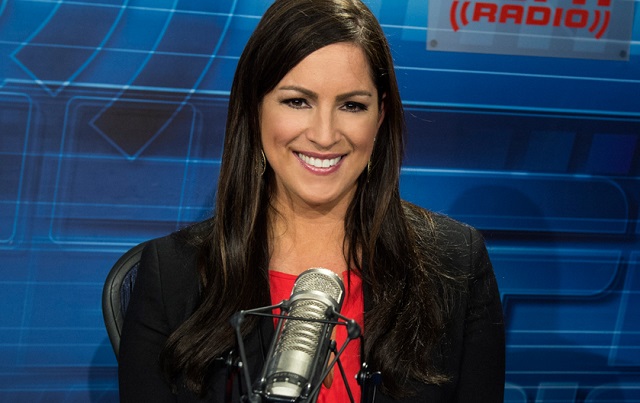 We all know on an intellectual level that sexual harassment happens, in sports media and all other industries, and that women attempting to break into male-dominated fields face all kind of challenges men can’t relate to.

Jamele Hill talks about men assuming she gains information from flirting with players, compounded by people assuming that black athletes just want to help her because she is black.

Kerith Burke recalls a time a photographer she didn’t know had suggested she shower with Jose Reyes.

Jen Lada remembers when a smug basketball coach talked to her, within earshot of others, about her sexual preferences and sexual history.

Molly Knight tells of her first ever interview with a baseball player, in which he wouldn’t answer he questions but instead asked what hotel she was staying at.

But maybe the most harrowing story was the one Spain tells to begin the podcast. She was on the verge of a big break, interviewing for a job at a television station, when a guy she was going to audition with invited her out to dinner. He wound up offering to drive her home, inviting her to his apartment and insisting she come in. Despite her protests, he brought her upstairs and tried to kiss her. After refusing, she didn’t get the job, despite one executive telling her she had it wrapped up, and has wondered since whether that guy had sabotaged her chances.

The story is heartbreaking not only because Spain felt threatened and not only because it might have cost her a job but also because of what it means for women trying to break into sports media. That man preyed on someone he knew was young and vulnerable, someone he knew would be uncomfortable rejecting or offending him. How many other men have done the same? How many women have felt they had to say yes for the sake of their careers? How many young women with dreams of working in sports got deterred by that kind of incident? How many women are so devastated by the harassment they face that they eventually decide it’s not worth it and pick a new line of work?

There are many components to making sports media more friendly to women, beginning with more open-minded hiring practices. But not being huge assholes would certainly help, too.

I highly, highly recommend listening to Spain’s podcast in full.