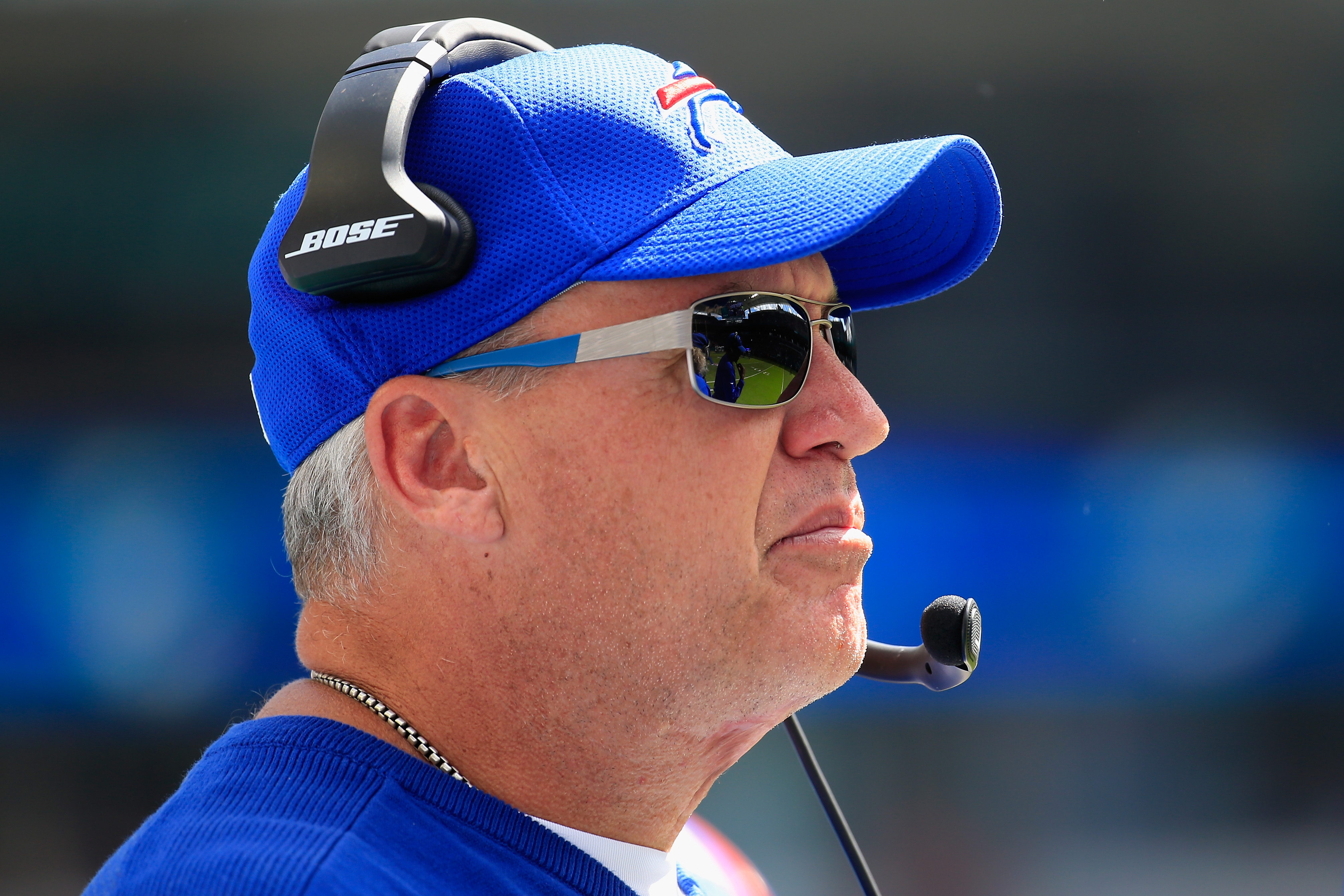 The Buffalo Bills put an end to the Rex Ryan era on Tuesday when they relieved the second-year head coach of his duties. They also fired defensive coordinator Rob Ryan, which made a certain someone very sad:

And though it’s certainly possible Rex Ryan gets another coaching position, despite his career record of 65-67, it feels like he might have to wait more than a season to do it. What seems more plausible, though, is that Ryan spends time as a television analyst. He seems almost too qualified for such a role; candid, outspoken, charismatic, and probably fairly well-liked by the mass NFL audience, he could be very attractive to networks.

Let’s presuppose Ryan declares himself a media free agent, and a bidding war breaks out. Where would he be most likely to land?

NBC is here because they currently employ 348 studio analysts. Seriously, there’s an entire timeline on Wikipedia devoted to it. Obviously networks can get creative, but there are limits. And it’s hard to imagine NBC shaking up their lineup to the point that would allow Ryan a featured role.

FOX also has a crowded desk. Unless Terry, Howie, or Jimmie retire, or Michael Strahan decides to step back from the football side of his television career, it’s hard to imagine a scenario in which FOX moves on from this bunch. That would again mean an awkward fit for Ryan, and considering the money he’ll likely be looking for, an awkward fit for FOX as well.

Now we’re in somewhat more likely territory. CBS also has a large crew, of course, but they’ve been more willing to shake things up over the years than FOX, and Ryan could slide comfortably into offering analysis of high-profile AFC contests. Still, he’d be big money for what amounts to a weekly gig, and anything that requires a removal feels less likely.

And here are the main contenders. NFL Network is obviously working with a smaller budget, but then they also have many, many more hours to fill when it comes to NFL-related content. It’s easy to imagine Ryan in a roving role, and he’d also be a notable hire for NFLN. Of course, it’s arguable whether anyone tunes in for an analyst, but this could easily happen.

And, as you may have guessed, all roads lead to Bristol. ESPN could utilize Ryan in a variety of roles, from Monday Night Football to NFL Live to SportsCenter and on and on. Ryan could stay in the northeast, could probably dictate his terms, and ESPN has been known to offer contracts allowing for coaches to leave their analyst roles if another job came open.

That’s our best guess for Rex. As for Rob? That’s a tougher call, but I’d love more than anything to see him as a contestant on Chopped. So maybe that can happen now.