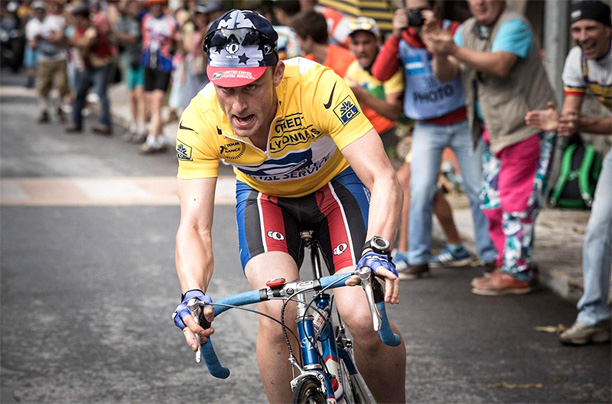 This Friday, March 18, the Lance Armstrong film titled The Program will be released in theaters and video on demand. Ben Foster (Lone Survivor) stars as the disgraced cycling star and the story follows Armstrong’s recovery from cancer, his ascension to glory and the crumbling of his achievements under doping scandals.

But don’t call The Program a biopic, says director Stephen Frears. This isn’t the story of Lance Armstrong’s life, though it essentially covers the progression of his cycling career from aspiring American hopeful to seven-time Tour de France champion and everything that went into building himself into an elite athlete. As we know, of course, Armstrong took an unethical path to becoming a worldwide superstar and role model.

“I was interested in making a crime film,” Frears told Awful Announcing.

Indeed, The Program does have the feel of a crime film, perhaps best demonstrated by the scenes in which Armstrong has to be tested for performance-enhancing drug EPO and is trying to get enough water into his system that the substance can’t be detected in his blood. But the entire drug program was a carefully crafted regimen in which timing was of the essence and the disposal of materials became an elaborate operation in itself.

Armstrong even has someone chasing him down, in the form of Sunday Times reporter David Walsh (played by Chris O’Dowd), who suspects cheating has to be involved in the evolution into a championship cyclist. The Program is based on Walsh’s book, Seven Deadly Sins.

Actually, it was a different book that initially intrigued Frears and attracted his attention. Tyler Hamilton was a teammate of Armstrong’s and intimately familiar with his cycling team’s doping program. Hamilton wrote a book about his experiences, titled The Secret Race, but Frears and the film’s producers weren’t able to get rights to the story.

Whether it was Armstrong’s arrogance in presuming that Hamilton and fellow teammate Floyd Landis would maintain Omerta upon leaving the U.S. Postal Service cycling squad and striking out on their own, or Armstrong was more concerned with building his brand and legend, Frears felt that the downfall was inevitable and should have been anticipated.

“In the end, Lance lost control of him once he left the team,” he said. “There was a man walking around who was out of his control who knew everything. So the house was bound to come tumbling down. David Walsh was just doing this analytically. But Tyler Hamilton and Floyd Landis knew what happened because they were in the room.”

Landis (Jesse Plemons) is really the tragic figure of the film and in watching the film, it seems as if Frears becomes more fascinated by his story as the film progresses. He’s the one who seems genuinely concerned with losing his soul as the team continues to win and the drug regimen that includes testosterone and EPO becomes increasingly difficult to hide.

At one point in the film, Landis confronts team manager Johan Bruyneel (Denis Ménochet) about selling their bicycles off. How do you think we pay for this stuff, Bruyneel asks Landis.

“Floyd Landis was a much more tortured character,” said Frears. “He had a heavily religious background; he was much more tortured about what was going on. After he’d been busted, he went around for a year trying to deny it. USADA was telling him they needed him to come out and confess, and in the end, he did.”

Frears, best known in recent years for The Queen and Philomena, hasn’t made many sports movies. While he said The Program was no different in other films he’s made, in that “you have a problem and you have to solve it,” depicting events like the Tour de France was a bigger undertaking than any he encountered before.

“It’s just that it’s a huge event, the Tour de France,” he said. “You have to decide which parts of France to go to. We really couldn’t get to the south, to the Pyrenees. We just didn’t have the money.”

Perhaps even more difficult was shaping the film in post-production, largely because of the use of archival footage, which Frears said was “quite dull.” But there were also many aspects to the story — including Armstrong recovering from cancer and creating the LiveStrong charity — that needed to be included.

“We had the script [written by John Hodge, Trainspotting], but then it all has to be brought together in the right order and that took some time,” Frears explained.

For a figure as world-famous and widely photographed as Armstrong, Frears and Foster were also under pressure to make their portrayal as authentic as possible. Fortunately for Frears, he had some experience in the matter, having made a movie about Queen Elizabeth.

“You just don’t want people to say, ‘It wasn’t like that,'” he said. “Of course, the actor’s performance is part of that. There was a wonderful moment when there was a picture of Ben in some sports paper and underneath, it said ‘Lance Armstrong.’ So I thought we did pretty well.

“He had to get his body into the right shape. He had to learn to ride like a professional cyclist. It was fantastic. You know, he had to lose all the weight. I have nothing but admiration for him. Then he had to act on top of it.”

Ultimately, Frears portrays Armstrong as a very lonely figure, one whose deceit and the effort to maintain it alienated him from friends, colleagues and associates.

“He kept that secret for 10 years,” Frears said. “What those last five years must have been like, thinking about it. To keep a secret like that for 10 years is psychologically very unusual. I couldn’t do it.”

The Program opens in theaters and video on demand March 18. (The film is already available on DirecTV.) 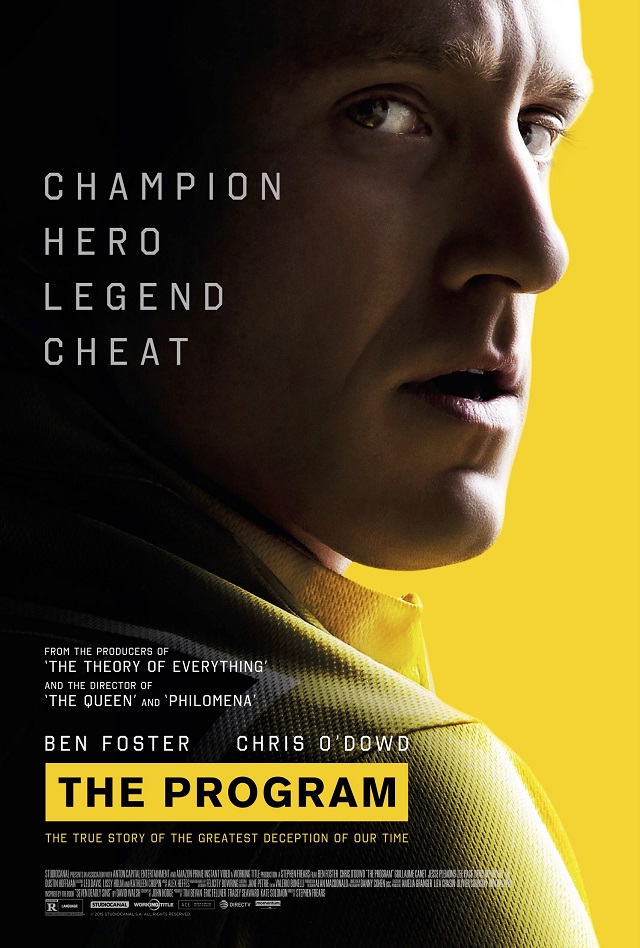