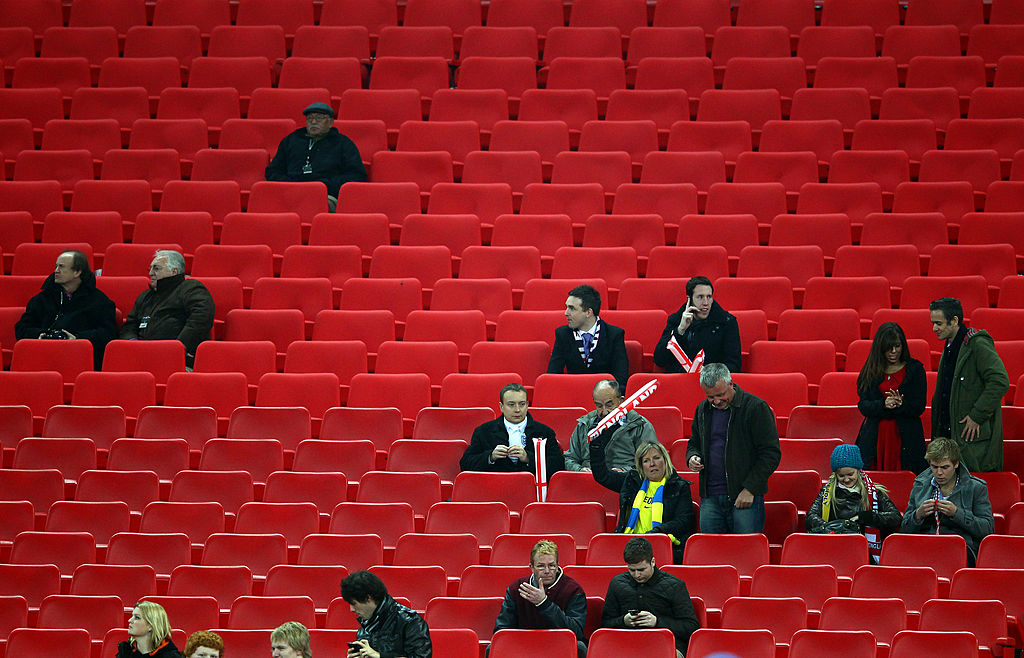 La Liga is entering into a new era with a television deal that was collectively struck, allowing other Spanish soccer teams to try to catch up to global superpowers Barcelona and Real Madrid.  Whereas in the past teams would negotiate their own television deals separately – leading to huge revenue advantages for the pair – now everyone will reap the benefits of a huge TV deal.

While those teams will now have a little extra cash to play with, they will also face additional pressure to fill their stadiums.

Here’s the news via the AP:

The Spanish league plans to fine clubs that allow empty seats to be shown on television next season.

The move is part of the league’s efforts to improve its product for television audiences and increase its competitiveness with the English Premier League.

Tebas said teams will have to allocate fans in the right places to avoid being fined.

This is amazing and absurd all in one.  First of all, could you imagine this rule coming to American sports?  If it did, the Cleveland Indians would be in big trouble right now.  Instead of confusing and confounding blackout rules, maybe league commissioners should implement something like this to encourage teams to fill stadiums (and maybe lower ticket prices while they’re at it.)

Perhaps one of the things that La Liga is trying to accomplish here is improve its perception in European and world football.  While the EPL has grown and grown in popularity, it’s actually Spanish teams that have dominated Europe over the last several years (and don’t forget the national team’s record run in the last decade as well).  Television can do wonders for perception though – whenever you turn on an EPL game you’re likely to see packed houses filled with rabid fans making tons of noise.  It feels important when you’re watching and fans are then drawn in to that environment, even on television.  If La Liga can create those environments for all their teams and not just Barcelona and Real Madrid (let’s throw Champions League finalist Atletico Madrid and Europa League champs Sevilla in there too) then they’ll go a long way in improving that perception.