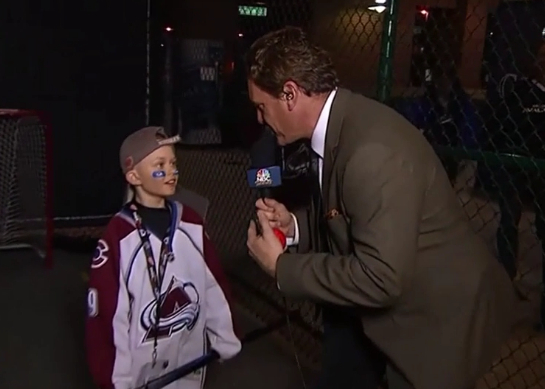 During the NHL Stadium Series game between the Colorado Avalanche and the Detroit Red Wings at Coors Field, NBC analyst Jeremy Roenick was supposed to have a cute segment in which he and a young fan tested how hard they could shoot a puck.

JR certainly is well removed from the shape he was in during his NHL career, but that’s one low blow from Joey.