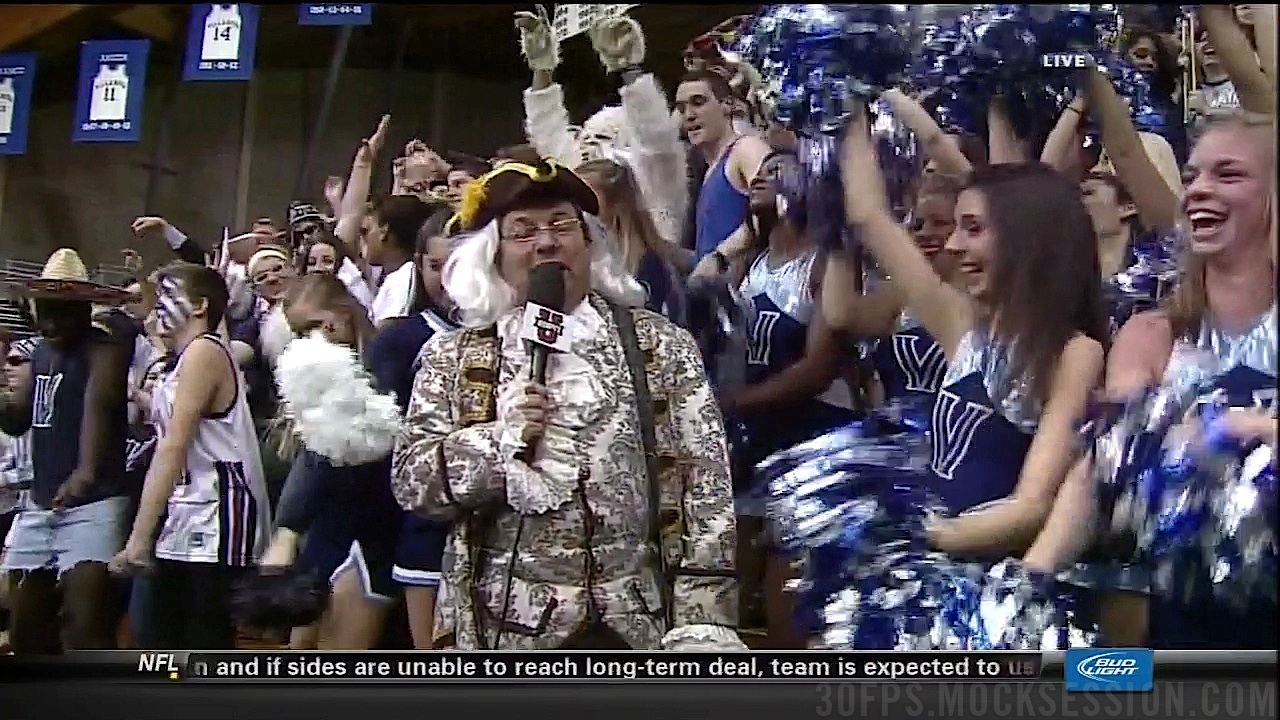 Every year Selection Sunday brings with it some carping about bias and injustice, but this year that dissent seemed just a bit louder than usual.

Foremost among the angry mob Sunday night and Monday morning was the nation’s preeminent bracketologist, Joe Lunardi, who wrote a scathing column for ESPN.com criticizing a number of Selection Committee decisions.

Lunardi’s final bracketology only missed three teams — “Vanderbilt (perfectly reasonable selection), Syracuse (borderline at best) and Tulsa (indefensible by every known standard)” — but the analyst found plenty to object to anyway, beginning with the No. 1 overall seed:

Kansas leading the South Region in Louisville (slightly farther than the Midwest Region in Chicago)? Especially when Virginia is a good bit closer and should be in the South. It looks like a consolation prize for Michigan State, which would make sense and would also not be necessary if the Spartans were a No. 1 seed above either Virginia or Oregon.

After pointing out inconsistencies in how the committee placed North Carolina, Villanova and Xavier and explaining why he had Syracuse and Vanderbilt outside looking in, Lunardi unleashed his most intense ire on the selection of Tulsa as an at-large bid.

Tulsa. I don’t even know what to say. And the committee chair either didn’t have a good answer or wasn’t prepped very well (I’ll concede neither of us has likely slept …). I have nothing against the Golden Hurricane and know Tulsa as a fine university, but its basketball team lost twice in 12 days (by a combined 32 points) to a Memphis team that was an absolute train wreck all season long. Did the committee lose its cable signal during the American quarterfinals (or, for that matter, during Vanderbilt’s SEC tourney loss to Tennessee)?

If you’re into selection committee second-guessing, read Lunardi’s full column. He makes plenty of fair points and clearly understands bracket mechanics as well as anyone.

There’s kind of an interesting dynamic between bracketologists, college basketball fans and the selection committee. Instinctively, fans want to take Lunardi’s side on this because many of our assumptions about who will make the tournament come from his projections.The bracket-prediction market has grown in recent years, but Lunardi is still the go-to guy for most fans. For many people, the only measure of whether Syracuse is a tournament team is whether Lunardi says it is. If he claims Tulsa has no shot to get in, we treat that as near-fact. When Tulsa then gets in, the average fan is shocked mostly because Lunardi (and, in this case, everyone else) was wrong, and he can’t be wrong because if he can be wrong why did we spend so much time tracking his projections the past month?

At least with the College Football Playoff (and the BCS before it) we have weekly rankings to prepare us for the ultimate conclusion. With regards to the NCAA Tournament, Lunardi and others like him are the de facto weekly rankings, so when the selection committee goes in its own direction it’s totally jarring.

Lunardi concedes that any selection committee criticism from him comes off as sour grapes, and that’s true to an extent. Because if the committee becomes too erratic and unpredictable, even to someone whose job is studying selection metrics and history, Joe Lunardi will be out of a job.