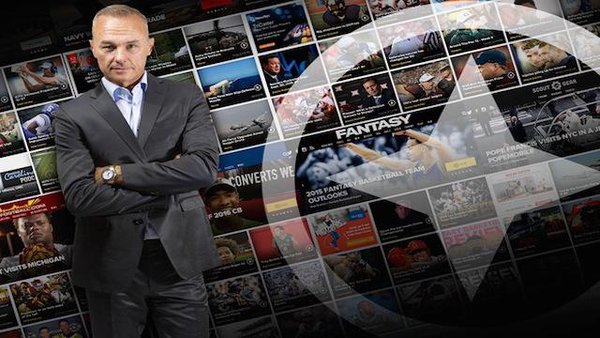 With additional reporting by Ben Koo.

There appear to be some bizarre things going on with Scout Media Inc. and its network of sports websites (particularly recruiting-focused ones, but they’ve expanded into other areas as well). Awful Announcing has obtained a letter the Scout board sent to Scout publishers Sunday night, saying that they’d terminated the employment of chairman Jim Heckman for cause and alleging that he had “advanced his own personal interests at the expense of the company’s” and “abused his access to and control of company funds.” Here’s the letter: 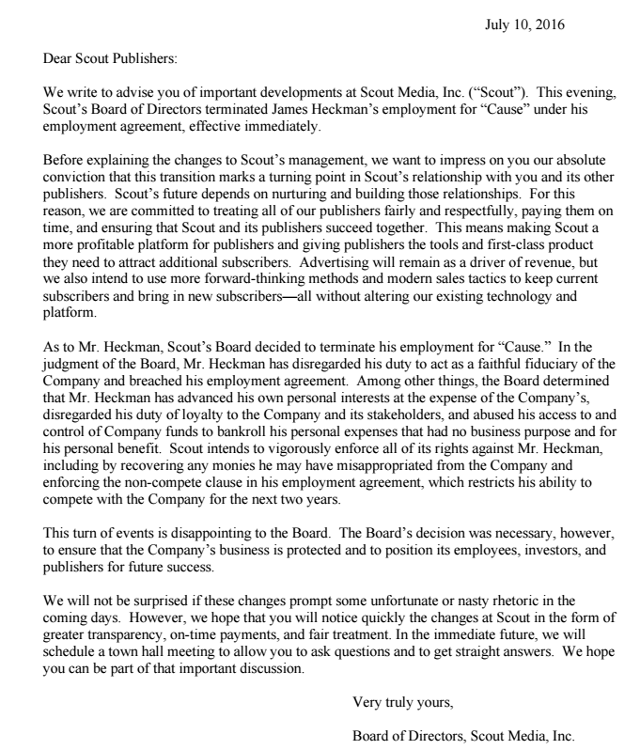 This is hotly disputed, though. Heckman followed it with this mass-emailed response to publishers:

Everyone: This is 100% untrue, pure fraud. You will receive a detailed account, including documents about this horrible event, this morning. The headline is this: every co-founder and the entire product and engineering team resigned in protest last night. You’ll soon learn why. Please don’t forward or leak anything from the letter you received until you read and understand the real story. I’ll be available to all of you, all day, and look forward to connecting with my long-time partners and friends.

Thank you for your support.

The entire product and engineering team does indeed appear to have resigned. Here’s the first page of a mass-emailed letter Awful Announcing received from them, blaming Russian investors, saying the accusations against Heckman are false and that he was trying to negotiate on their behalf with the board over late paychecks and unrealized equity, and that the board then fired Heckman and changed the locks on the Seattle engineering office: 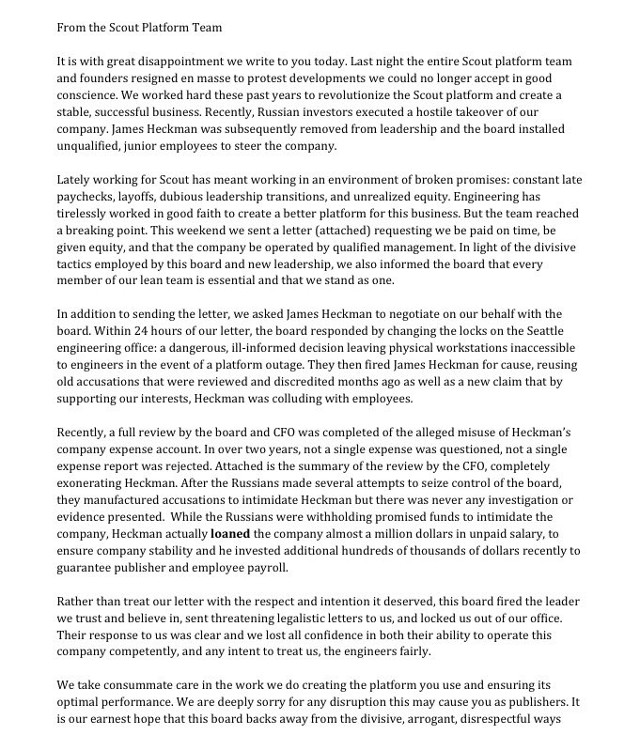 Awful Announcing has not yet received any pages of that letter beyond the first, and Heckman and Scout EVP Joel Cox have not yet returned requests for comment. This post will be updated if they do. AA did receive this May 19 letter from Doug Smith, whose LinkedIn profile states that he was Scout’s chief financial officer from May 2015 to March 2016, to Ross Levinsohn, the former Fox and Yahoo executive who was then listed as the executive chairman of Scout’s board (but then made his own exit to just a “senior advisor” role as Heckman transitioned from CEO to chairman; Heckman is still listed as chairman now despite his firing), defending Heckman’s spending but also noting that the Russian investors had raised questions about it: 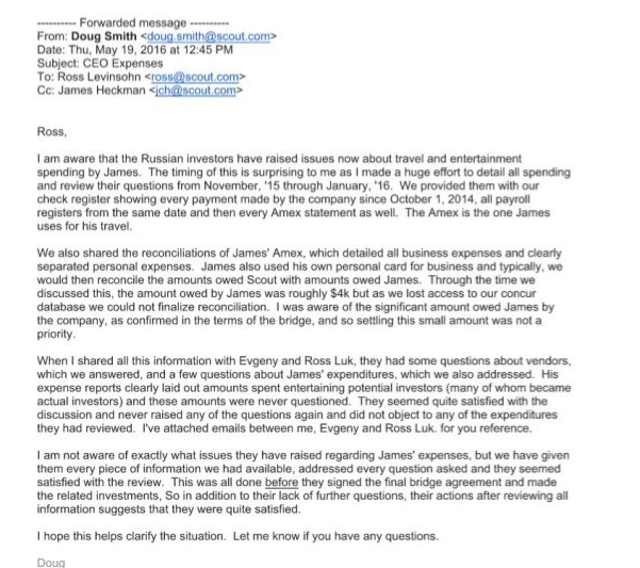 This all follows in the wake of a New York Post piece in June that said Heckman was no longer Scout’s CEO, but had him saying (from the Cannes Lions advertising festival in France, no less) he was still heavily involved as chairman, adding “I’m going to be here a long time, until I retire.” That no longer appears to be the case.

Continue to page 2 of our article