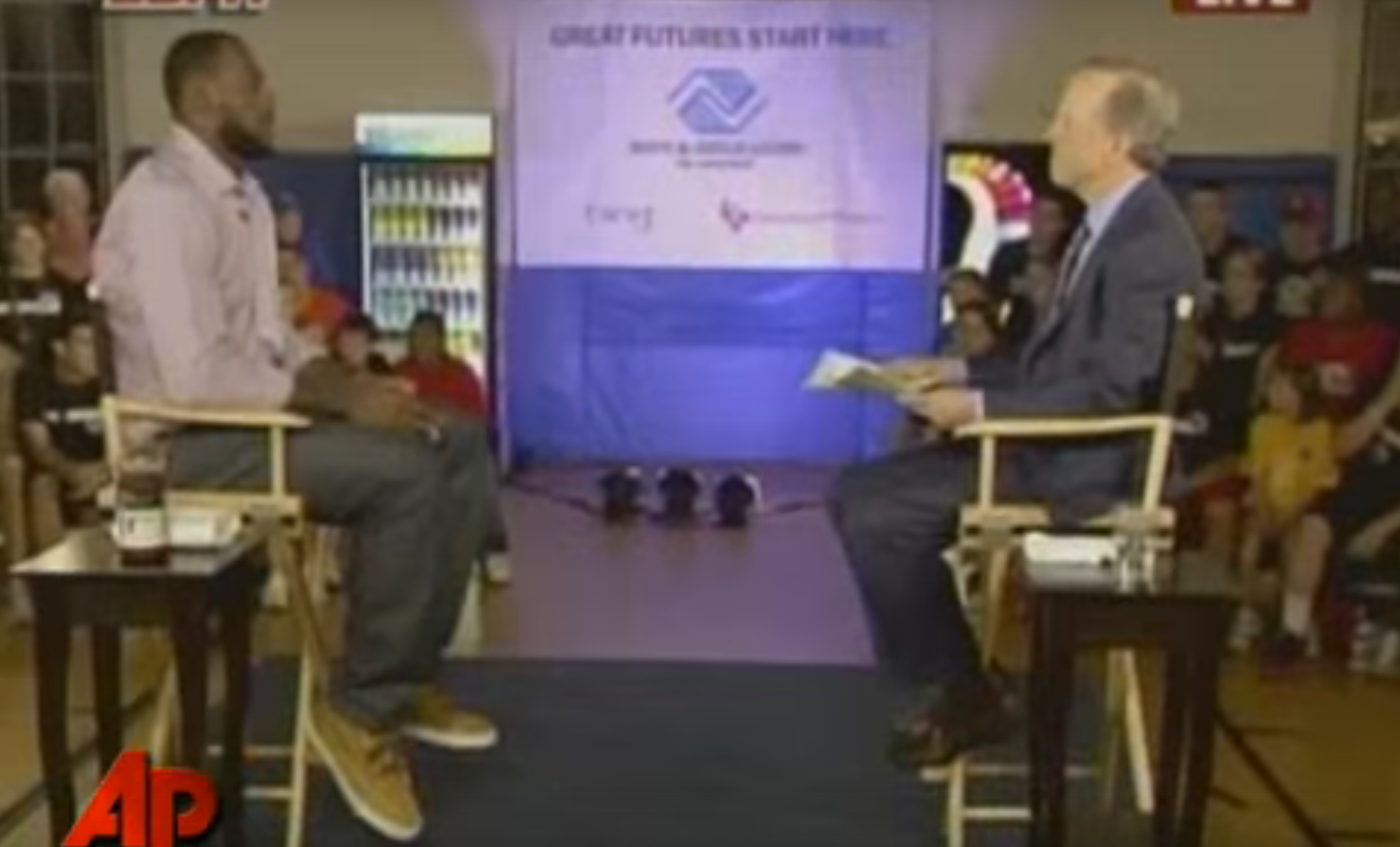 Back in July 2010, Gray pitched the concept of a TV special to James’ people and then interviewed LeBron on ESPN for a somewhat-torturous 75 minutes, as the star announced his intention to join the Miami Heat.

The special was criticized for its length and pace, as well as the sense that Gray had ceased being a journalist and was essentially part of LeBron’s team. Six years later, Gray remains irked about these complaints. Via The Ringer:

The second thing that was jarring was that Gray was working with, if not for, James. (He’d left ESPN when his contract ended in 2008.) Even if sportswriters had long ago started writing memoirs for athletes, even if ESPN was paying about $1 billion annually to the NBA for game rights — The Decision made it seem like a Rubicon was being crossed. The journalist no longer dictated any of the terms; the athlete had taken control.

“I tend to agree with Jim’s point,” said one NBA writer. “I challenge the premise there was anything wrong with The Decision to begin with. Was it a little narcissistic? Yeah, but LeBron’s the face of the league. Of course it’s narcissistic. Isn’t that priced in?”

Further, Gray sees a contradiction between critical reaction to The Decision and perception of SI’s scoop four years later, when LeBron announced his return to Cleveland in a first-person essay. In both cases, an outlet ceded control to James, and while Gray and ESPN were widely criticized, Lee Jenkins and SI were mostly applauded.

Gray was stunned to see Jenkins hailed in many places as a hero. “[They] thought because Sports Illustrated did it somehow that was better?” Gray said. “Really? … I didn’t write the answers for LeBron. I asked him questions. …You saw the hypocrisy right there.”

“And I’m happy for Sports Illustrated,” he added. “I wasn’t upset. They got something I didn’t get. They were better than me at the time.”

Gray, who was not paid for The Decision, with all proceeds going to charity, seems to have just one complaint about how the whole thing played out.

For its part, ESPN moonwalked away from The Decision, claiming that Gray had asked too many prefatory questions.

Gray is quick to point out The Decision didn’t sink his career. He still works for Showtime, Fox and the Westwood One radio network. In fact, he seems to have mostly moved past the incident on the advice of a friend.

“My advice to Jim was just let ’em say what they will,” said Jack Nicholson. “It’ll come out in the wash. But in reality, I mean, what journalist would not have done that interview?”