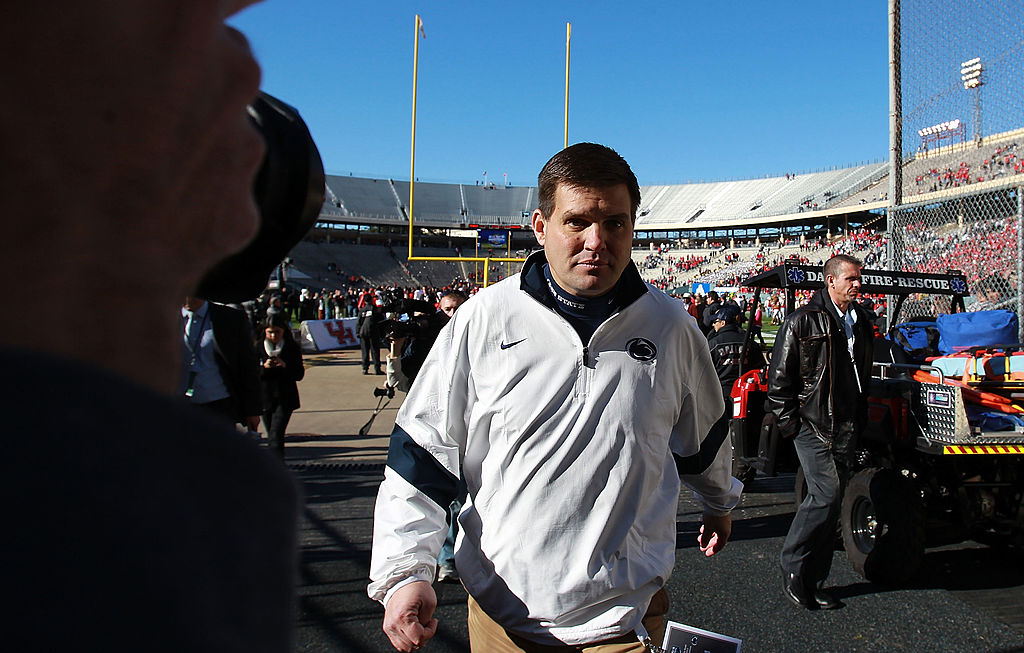 The Penn State scandal reared its ugly head again this week when details from a multi-million dollar case between the university and its insurers were made public.  It was reported that an insurer claimed that former head coach Joe Paterno was told about Jerry Sandusky’s sexual assaults all the way back in 1976.

In an article on StateCollege.com entitled “Defending Penn State and Joe Paterno: Swinging Back at the Clickbait Media,” the younger Paterno launched into a fierce critique of any and all media that dared to give publicity to the story.

His underlying argument – “clickbait” is to blame for these newest claims being a story:

Today in America the most important person in any media organization is your headline writer. The lure is the clickbait headline to hook us into a report that in many cases does not even reflect the tone of the story, let alone the truth.

I know it. Penn Staters know this. We have lived it. We thought it was a lesson learned and that is was something in the past.

The headlines drove the news cycle as the clicks picked up.

Then this story proved Mark Twain’s quote: “A lie can travel halfway around the world while the truth is putting on its shoes.”

Let’s look at those headlines that the younger Paterno takes issue with to see if they really are “clickbait.”  Specifically, the original report from PennLive.com, which first brought this new story to prominence:

It came in the form of a single line in a court order on a related insurance coverage case involving Penn State, and its full ramifications can’t immediately be gauged.

But that line was eye-popping in itself.

The line in question states that one of Penn State’s insurers has claimed “in 1976, a child allegedly reported to PSU’s Head Coach Joseph Paterno that he (the child) was sexually molested by Sandusky.”

The thought of Paterno being aware of Sandusky’s monstrous behavior as far back as 40 years ago is a frightening one.  The claim in the court case quickly became national news and brought the questions of “What did Joe Paterno know and when did he know it?” back into the national spotlight.

Even from a neutral perspective, the PennLive headline seems to be quite accurate and truthful – court papers allege that Paterno was told about Sandusky’s molestation in 1976.  The headline makes no more and no less of a claim than that.  Other headlines either reference the court documents or the original PennLive report about them.  None of those seem to be intentionally purposeful or misleading.  So how can they be clickbait?  (Keep in mind that Jay Paterno’s clickbait criticism came before the even newer allegation that has surfaced with a man telling CNN that Joe Paterno ignored his complaint against Sandusky in 1971.)

“Clickbait” first became part of our internet lexicon when annoying, misleading headlines to Upworthy articles began dominating Facebook newsfeeds.  Now, it’s become a sort of catch-all for any kind of story we may not like.  It’s the easy way out when trying to discredit something you don’t agree with.  It’s trying to diminish a certain story’s value by equating it with “His first 4 sentences are interesting. The 5th blew my mind. And made me a little sick.”  (Yes, that’s a real Upworthy headline.)

Right now, it’s what Jay Paterno has at his disposal to try to keep up the defense of his family’s name.  Crying out “clickbait” is a shifting of the goalposts, a distraction, and a diversion.  It is the modern internet’s way of saying “HEY, LOOK OVER THERE!”

Yes, of course these court allegations are just that, but they are allegations made in a court of law that must be taken seriously and can’t be thrown out under the veil of a mass media conspiracy.