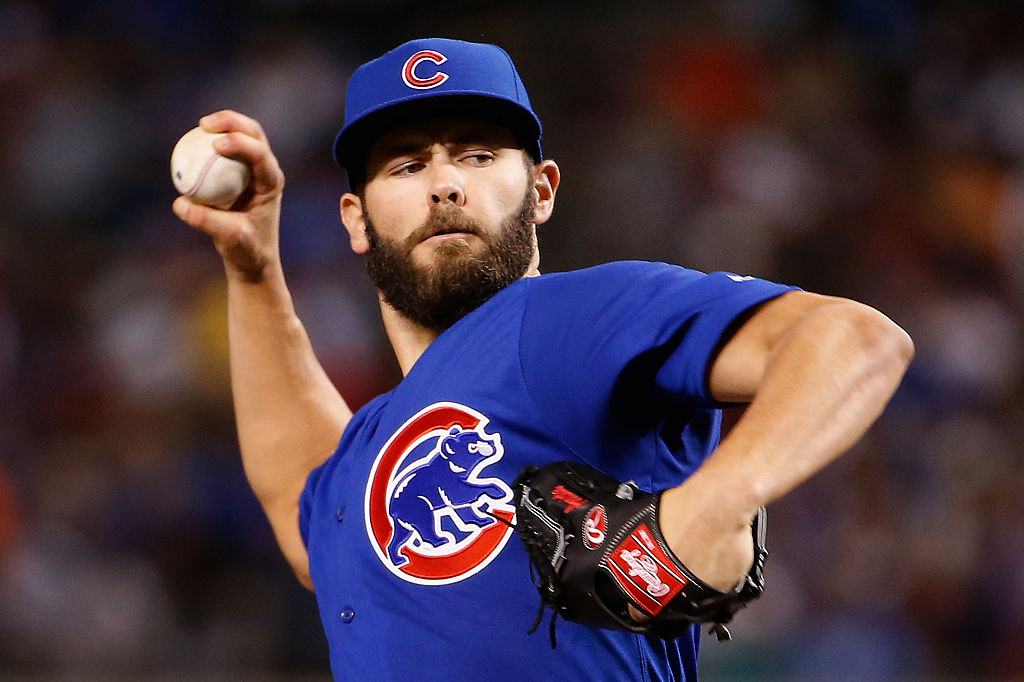 Perhaps the largest casualty resulting from baseball’s scandals with PEDs during the past 20 years is our sense of wonder. We can’t look at an amazing accomplishment or outstanding feat performed on the field, an impressive body of work put together over the course of a 162-game season, and completely accept that those achievements are completely legitimate. Our benefit of the doubt has been erased. Skepticism is king.

Unfortunately, that prevents some of us from enjoying some truly marvelous spectacles, the sorts of accomplishments that make baseball worth watching these days, that make the sport as exciting and rewarding as it’s ever been.

For instance, there is Jake Arrieta’s current stretch of dominant pitching for the Chicago Cubs. The right-hander has picked up right where he left off last season, when he won the National League Cy Young Award with a 22-6 record and 1.77 ERA. Arrieta, 30, also tied for the major-league lead in shutouts and complete games, while allowing the fewest hits and home runs per nine innings among qualifying MLB starting pitchers.

After the first month of the 2016 season, Arrieta is pitching like he wants another Cy Young Award (and a big contract after next season). In five starts, he has a 5-0 record and 1.00 ERA, and pitched the second no-hitter of his career nearly two weeks ago against the Cincinnati Reds.

However, Arrieta is something of a late bloomer. He didn’t have this sort of success early in his career, when he was considered one of the Baltimore Orioles’ top prospects. After compiling a 5.46 ERA in 69 appearances, the O’s discarded Arrieta to the Cubs and he began rebooting himself into one of MLB’s best pitchers. But that sort of early failure, followed by eye-popping success is enough to make some raise an eyebrow. It’s impossible not to think it, really. When asked about the suspicions, Arrieta said he was flattered by such accusations and thought they were funny.

Yet it’s one thing for fans to voice such suspicions about Arrieta’s career makeover on social media, message boards and blogs, and another for a prominent national ESPN broadcaster to take such skepticism to the airwaves. That brings us to Stephen A. Smith, who noted Arrieta’s recent success on First Take, then proceeded to claim he wasn’t making PED accusations toward the pitcher while basically accusing him of PED use. Here’s the clip:

“I’m just looking at it, and I’m saying to myself, all right, I’m not going to accuse you of using performance-enhancing drugs, supplements, whatever you want to call it,” said Smith. “But I will say that you shouldn’t just be laughing at those who are looking at you and saying, ‘Excuse me, what the hell is going on here?’ because it’s not like they haven’t seen performance-enhancing drug users before.”

Upon word of Smith’s remarks getting to Arrieta, the pitcher responded on Twitter:

Laughing is exactly what I will do. You continue to do your thing though. No one will undercut my hard work. @stephenasmith

Look, we get it. This is what Stephen A. Smith does. It’s what he’s supposed to do, whether we like it or not. (And for all of us who claim we don’t like it, people tune in for those remarks. And we write about them here at Awful Announcing.) If the idea is to get people to go to ESPN.com and click on that video, and maybe go on to watch First Take to see what Stephen A. says next, then mission accomplished — over and over again.

But if a non-credentialed blogger, or someone who wasn’t working regularly for a credited website or publication, said something like this, he or she would be heavily criticized. Ask Jerod Morris how that went for him seven years ago when he raised questions about Raul Ibanez’s productivity. Yet Smith can go on a nationally televised program and voice unsubstantiated suspicions without repercussions.

Baseball isn’t typically a sport of immediate gratification. Players don’t often go right from high school or college to instant success at the major league level. That’s why the sport has minor leagues, to learn the game and refine their talents, to train themselves into becoming major league-caliber players. Do we forget that every time a player has success that seemingly comes “out of nowhere”? Did last season’s Year of the Prospect — when several young stars such as Kris Bryant and Carlos Correa — along with the early emergence of Mike Trout make us forget that baseball players take time to develop? Sometimes, a guy needs that proverbial change of scenery — a new organization willing to work from a clean slate, a different coaching staff that might see something that the previous team missed — to fulfill his potential. It’s a story we see every year in baseball.

So why does Jake Arrieta have to be different? And why can’t we enjoy watching him pitch as well as anyone has in recent years? Sure, it’s possible we’ll feel foolish for it at some point. That doubt is now inherent. As mentioned before, it’s the casualty of baseball’s PED scandals. But we shouldn’t let that take away from enjoying a sport played at its highest level, and appreciating watching someone what do what normal guys can’t. Isn’t that why we watch these events to begin with? You don’t have to ruin that for us, Stephen A.