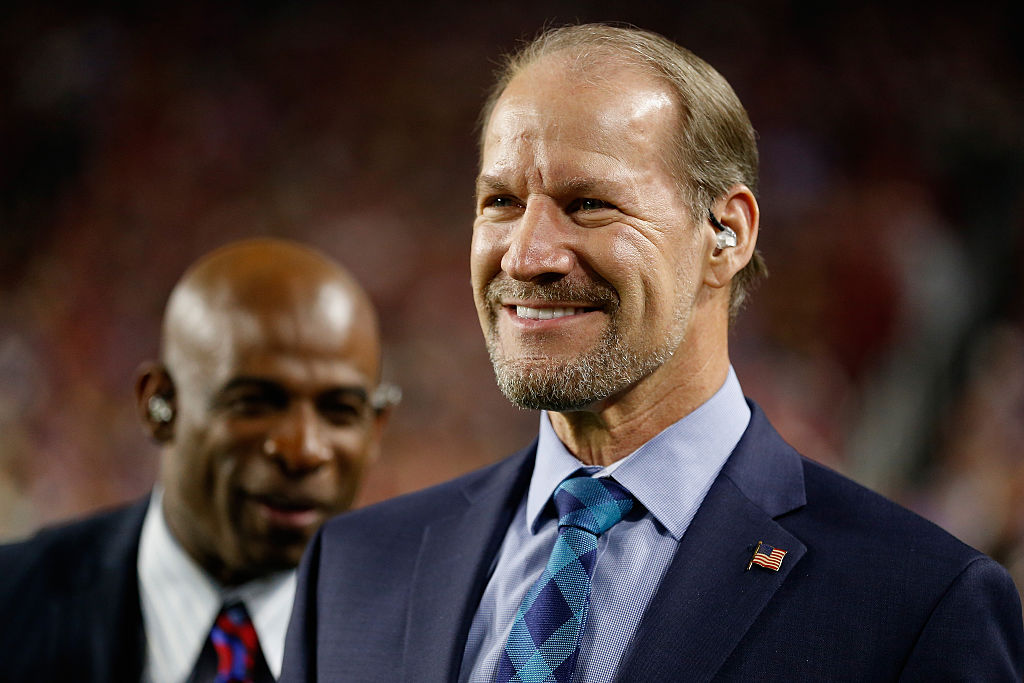 It seems hard to believe that Bill Cowher is set to complete his ninth season as a studio analyst with the NFL on CBS. He’s become a mainstay on the team that will broadcast Super Bowl 50 on Sunday, beginning with the pregame show at 2 p.m. eastern from Santa Clara.

In a wide-ranging phone interview conducted early during Super Bowl Week, Cowher— who went to two Super Bowls as a coach with the Pittsburgh Steelers, winning one— discussed how he got his start in broadcasting, what a general week looks like for him as a CBS analyst and how he prepared his team as a coach in the week leading up to the big game.

Cowher, 58, never really considered broadcasting until 1998, his seventh year as the Steelers’ head coach. It was the first year that he had missed the playoffs there, and CBS contacted the Steelers and asked if Cowher wanted to join the CBS studio team for the early rounds. Cowher accepted and sat with host Jim Nantz and analysts George Seifert, Brent Jones and Marcus Allen.

It was Nantz, who hosted the studio programming from 1998 to 2003 before moving to the booth, who helped ease Cowher into what ultimately became his long-term role nine years later.

“Jim made me feel very much at ease. He was my first real connection that I had with that world,” Cowher told Awful Announcing. “I really, to this day, would say that he’s the guy that gave me a really positive vibe about doing studio work like that.”

Cowher said that Nantz gave him some crucial early pointers during that weekend, including keeping your points to 10 or 15 seconds, discussing points articulately and being very precise in what you say on the air.

After that weekend, Cowher said he didn’t really think about broadcasting until he stepped down from the Steelers job following the 2006 season. Not long after that, CBS contacted his agent and offered Cowher the opportunity to stay in NFL circles after his departure, something Cowher said was very important to him. The agreement was announced at Super Bowl 41 in Miami and Cowher has been on board since.

“It’s really just been a top notch place to work,” Cowher said. “It reminded me a lot of the Pittsburgh Steelers with Mr. Rooney running it. And it still kept me involved with the game and I really have enjoyed it every year.”

Cowher splits his time between homes in New York City and Raleigh, N.C., and enjoys how the job has given him better work-life balance. He was especially thankful to Sean McManus and everyone down the line at CBS Sports.

“The best part about it has been the flexibility it’s given me with my personal life.”

A typical week during the season for Cowher begins when he wakes up Sunday morning and heads to the NFL on CBS’ NYC studios at 8, where he’s joined by host James Brown and analysts Boomer Esiason, Bart Scott and Tony Gonzalez. He doesn’t leave until 8 that night, when he goes home and watches the Sunday night game.

“I’m a football junkie, so I do enjoy watching the games,” Cowher said.

After a Monday morning workout, Cowher usually has a 4 p.m. conference call with the producers of Thursday Night Football to discuss matchups and topic discussions for the on-site studio show, which last year comprised of Cowher, Brown and Deion Sanders of NFL Network. CBS will still have a five-game Thursday night slate next season in a package shared with NBC.

Cowher studies game film Monday night into Tuesday, when he discusses possible talking points for the big Sunday show. More film study Tuesday night brings him to Wednesday, when he finalizes his thoughts for the Thursday night game and heads to the game site.

Thursday begins with a production meeting, and then to the game site itself where he has a close-up view of the game action for CBS and NFL Network. He stays overnight in that city and flies back to New York Friday morning.

Cowher always has a conference call with CBS producers when he gets back before watching more film that will be featured in CBS’ EyeVision segments. Saturday, like every other football fan, is all about college football.

“I watch college football pretty much all day,” Cowher said. “My wife will go watch three movies in the other room.”

Then he prepares for Sunday’s telecast and makes sure to get a good night’s sleep.

As a Super Bowl-winning coach, Cowher offers unique perspective on how he got his Steelers ready for what was the biggest moment of his players’ lives. What Cowher mainly stressed to his players was keeping as much normalcy as possible while realizing the enormity of what was in front of them.

“You’re here to have the opportunity to finish the season and make it special,” Cowher said. “Because if you don’t, you’re like 31 other teams. The mantra was that they don’t remember who loses the Super Bowl, and when you win one, you become part of history forever. And they can never take that away.”

Cowher used the week off after the conference championship game to install roughly 75 percent of the team’s Super Bowl game plan at the team facilities. The rest of the plan, along with a few wrinkles to keep things fresh, was given over to the team during the week before the game.

With all the distractions surrounding the players, from friends and family to the nightlife and additional media responsibilities, Cowher always told his players that it’s okay to say no.

“You want to enjoy the experience, but understand that you’re not like your family, you’re not like the fans,” Cowher said. “I think the biggest thing when you come here is try to say to them, we’re here to play a game.”

On game day, it feels like there’s such a long time before the game to get caught in all the pregame hype and discussion.

“I remember sitting in a hotel room trying to find a movie to watch,” Cowher said. He didn’t want to see people talking about the game or the history.

Now Cowher is part of the buzz and build-up leading up to game time that he tried to avoid as a coach. As a broadcaster, preparing for the Super Bowl is actually easier than a normal Sunday for him.

“The one thing I love about the Super Bowl, and it’s the same as the Thursday night games, is that it’s just one game.”

When Cowher does the Sunday show, they’re looking at the league as a whole and storylines in different games. The Super Bowl allows Cowher to just focus on one game, that he’ll talk about ad nauseam for several hours on the big day.

For Cowher and his CBS cohorts, keeping the subject matters a bit more simple is something they stress for the Super Bowl broadcast.

“You have a viewership that is probably watching football for the first time that year,” he said. So the human elements of these players and teams is more of a focus.

A major storyline beyond the x’s and o’s, Cowher said, is whether this will be Peyton Manning’s last game.

“You have to wonder if it’s somewhat fate for him to be going out in Super Bowl 50,” he said.

Cowher is saving his prediction for the broadcast, but he did give an important final thought on Super Bowl 50.

“The beginning of this game is very important. Because when you look at what the Carolina Panthers have done in the latter part of the season, they have jumped all over teams quickly,” Cowher said. Carolina took a 31-0 on Seattle in the divisional round and 24-7 on Arizona in the conference championship game both at halftime.

“I think that’s going to be a very big factor in this game for the success of Denver early on.”

Cowher didn’t take this CBS job with a specific timeframe in mind, but he’s enjoying the camaraderie, being around the game and the benefits of having a personal life again. You can never rule out a return to coaching for someone like Cowher, but all indications are that he seems pretty content just where he is, broadcasting what’s easily American television’s biggest event.