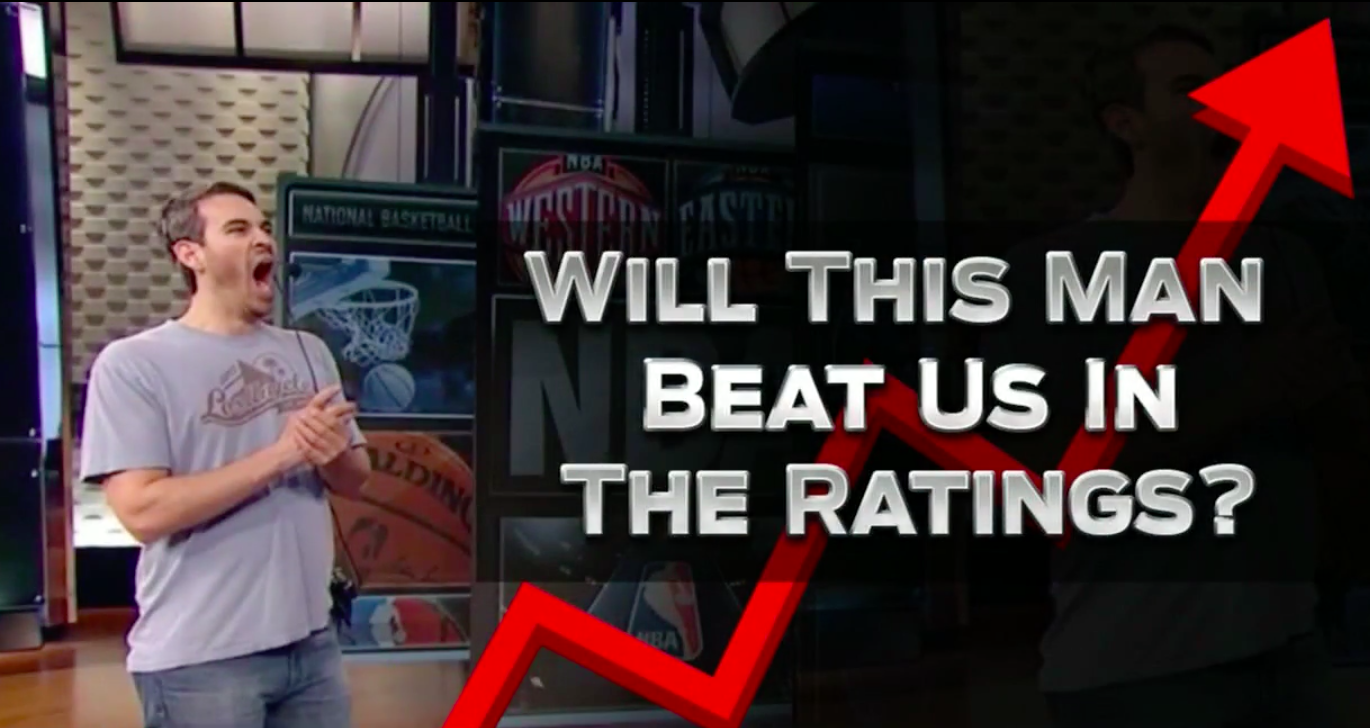 As FS1 approaches its third anniversary, the network has reinvented itself.  Once promising to be an alternative to ESPN and “The One for Fun,” FS1 has now become ESPN 2.5 with much of its daily lineup dedicated to notorious bloviators who came from ESPN like Colin Cowherd, Jason Whitlock, and soon, Skip Bayless.

The influx of ex-ESPN talent makes it even more ironic that Fox is now publicly distancing FS1 from direct competition with ESPN after targeting Bristol when it first launched three years ago.

This week Forbes wrote about FS1’s viewership growth in primetime and total-day viewership, up 5% and 3% respectively and tops among the national sports networks in those categories.

The more interesting nugget of information came in a quote from Senior VP Michael Mulvihill, who played down the notion of FS1 looking to beat ESPN at their own game anytime soon.  (Bold emphasis added.)

“FS1 is already turning a profit,” said Michael Mulvihill, Senior Vice President of Programming, Research, and Content Strategy at FOX. That’s significant given that the FOX national, and FS1 will see the Big 10 Network next year, FOX Sports’ latest live-content programming acquisition that includes around 25 football games and 50 basketball games.

Mulvihill stressed that FOX isn’t looking to compare FS1 to ESPN. Given its 30 year head start, FS1 isn’t at the same point in viewership. But, looking at how the FOX Sports network is tracking against ESPN2 or ESPNU is a different matter.

“Whether we catch ESPN in 5 years, 10 years, or 15 years, that’s a discussion for the future,” said Mulvihill. “The greater priority is to keep building the business [of FS1], and keep it going in a positive direction.”

It’s a very sensible position from Mulvihill and one that is encouraging to see publicly, if only because it creates more realistic expectations and goals for FS1.  In the long-term, FS1 should be able to emerge as a healthy competitor for ESPN given its growing rights portfolio including MLB, NASCAR, UFC, and an increasingly attractive slate of college football.  The key words though are certainly “long” and “term.”  As we’ve always maintained, it’s going to take a generation or more for any network to get to ESPN’s level because of the 30+ year head start in Bristol and because of the entrenched default nature of “turn it to ESPN” amongst sports fans.  (An exponentially huge advantage in cable and satellite revenue doesn’t hurt either.)

That wasn’t the position of Fox Sports execs and talent when FS1 first launched, though. Fox Sports host Regis Philbin (it’s still amusing to type those words) infamously said, “I think it’s time for ESPN to get a little competition, don’t you?”  Former Fox Sports chief David Hill remarked that it would only take two or three years to get people to switch to FS1 for their default viewing habits.  Everywhere you looked, FS1 was needling ESPN and trying to paint them as the stuffed shirts of the sports world ready to be displaced by the new, hip, irreverent kid on the block.  The network that once had a “Tebow” jar to make fun of Skip Bayless and FS1 hired… Skip Bayless… from ESPN.

It didn’t work out that way.  It was never going to work out that way.  Those bombastic quotes were why there’s a common perception of FS1 being something of a disappointment when really, their numbers aren’t too far off from where rational minds thought they should be approaching their third anniversary.*

That’s great progress for Fox and FS1 if your position is that it’s going to take years to compete with ESPN.  It’s not if your position was that you’d be competing with Bristol head-to-head by Year 3.

Had Fox undersold and over-delivered on their aspirations, like Mulvihill above, the narrative around the network’s viewership might be very different today.  Of course, pragmatism and cautious optimism aren’t exactly in Fox’s DNA.