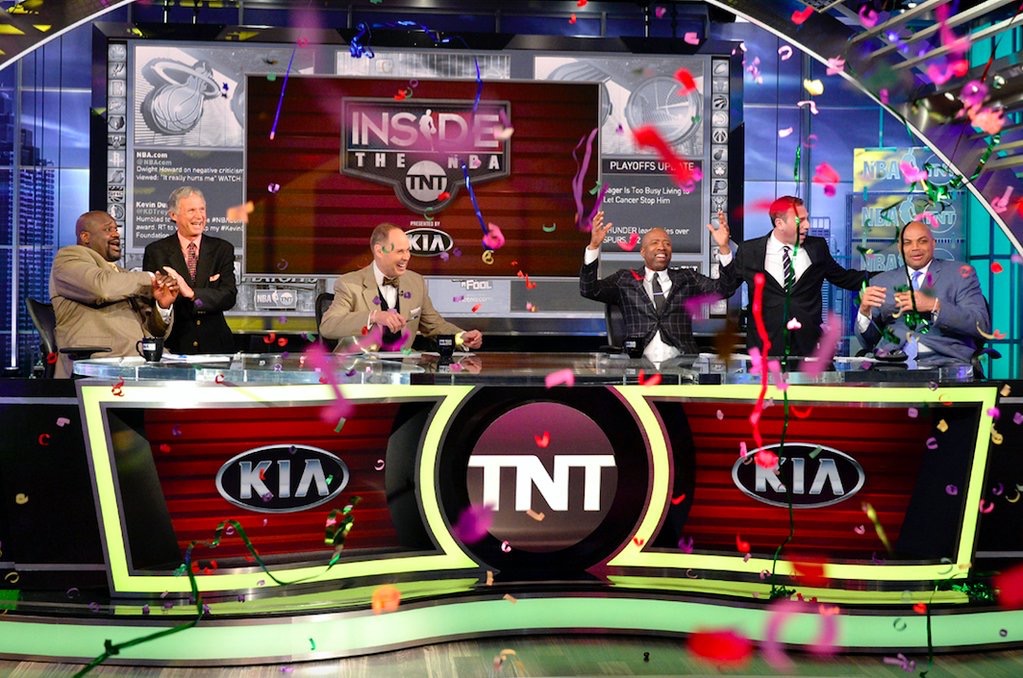 Inside the NBA has been a constant presence on TNT for four decades, but its profile didn’t rise until 2001 when Charles Barkey joined the show. And the chemistry between host Ernie Johnson, Barkley, Kenny “The Jet” Smith and Shaquille O’Neal has led to plenty of gems over the years. Networks including Turner Sports itself have tried to copy Inside the NBA’s formula and place it on other sports without the same success.

And due to Inside the NBA’s influence on not just sports television, but all TV in general, publication Broadcasting & Cable has decided to recognize the show. After Wednesday night’s Portland-Golden State game, B&C representatives visited Studio J at Turner Sports headquarters to inform the cast that Inside the NBA will be inducted into its Hall of Fame, a fact that became EJ’s Neat-O Stat of the Night (presented by no one):

It's a Hall of Fame edition of EJ's Neat-O Stat of the Night… https://t.co/0UDCbTQJ7l

The Chuckster seemed to be amused that Inside the NBA was given the honor, but then seemed to be quite touched. The show will be formally inducted into the B&C Hall of Fame later this year in New York.