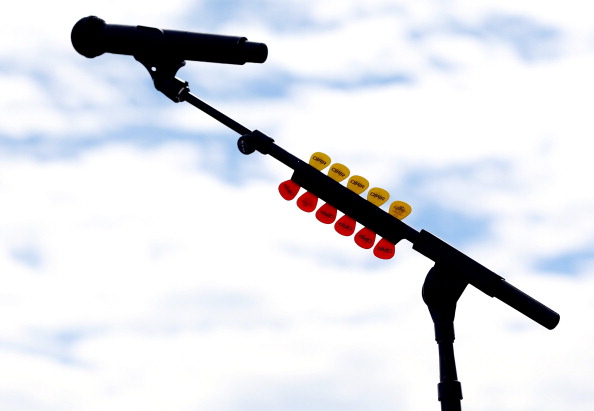 Last Friday night I traveled to the University of Rhode Island to see the Rams take on Dayton while on assignment for The Student Section. The game was televised on ESPN2, and it did not disappoint. A back and forth game ended with a thrilling 69-68 Dayton win.

Despite there being over 6,000 people in attendance, and a slew of NBA scouts looking on, two people were conspicuously absent: the broadcasters.

ESPN, FOX, and NBC, especially during its Olympic coverage, have started a trend of remotely broadcasting games in order to save money. It’s understandable. In a time where people are cutting cords, and rights fees to live sports are ballooning by the year, finding a way to save money is important, but at what point does it start to affect the overall broadcast quality and take away the charm of what makes a live broadcast tick?

Kingston, RI is just 96 miles away from Bristol, CT. It begs the question of why a game so local was chosen to get the ax. Just a few weeks earlier ESPN3 had a full broadcast team in Lowell, Mass for UNH-UMass Lowell basketball, and America East is not the same caliber of league as the Atlantic-10, but the full crew was there.

Beyond nitpicking what games do and don’t get live broadcasters a serious question is posed by what this means for the future of sports broadcasting. NBC has done a fine job of remote broadcasting in recent Olympics in far-flung locales, and even a small channel like ONE World Sports, which has the US TV rights to a slew of foreign leagues like the KHL and Chinese Basketball Association, has done a smooth job of integrating remote announcers into broadcasts.

However FOX and ESPN, with their nearly endless list of domestic sports rights, set the tone for broadcasting nationally. Having games of some sort of importance, Dayton is currently ranked in the top-20 nationally in a tight race for a league title, broadcast from the colloquial “broom closet” sets a precedent going forward that will only become more normal as time passes and could lead to bigger and bigger events getting the same treatment.

It hurts because I was one of the many kids who grew up wanting to be a sports broadcaster. People like Keith Jackson, Joe Buck, and Jack Edwards were the people I watched growing up and never did they broadcast from a remote location. It puts a damper on the dreams of many who yearn of traveling the country covering sports but will eventually be stuck in Bristol or LA or Stamford staring at a screen.

Would there be any charm in Bill Walton and Dave Pasch bantering from thousands of miles away? No. If the broadcasters are off-site, and the producer, director, and support staff are all remotely working as well, doesn’t a live sports telecast become a polished, glorified home movie? The quality of a broadcast done from a studio, versus an arena or stadium, is almost always a step down for fans at home.

The price for live sports rights are astronomical and will almost certainly rise again when many deals come up to bid next decade. With FOX Sports, specifically FS1, undergoing a major retooling, and ESPN looking to cut $250 million from the budget by the end of next year, look for remote broadcasting to become more commonplace across all sports and networks. Welcome to the future.

Mike Abelson has been covering sports at all levels throughout New England since 2007. A lover of professional wrestling, college football, and all other weird sports. Tweet him @Abels0n