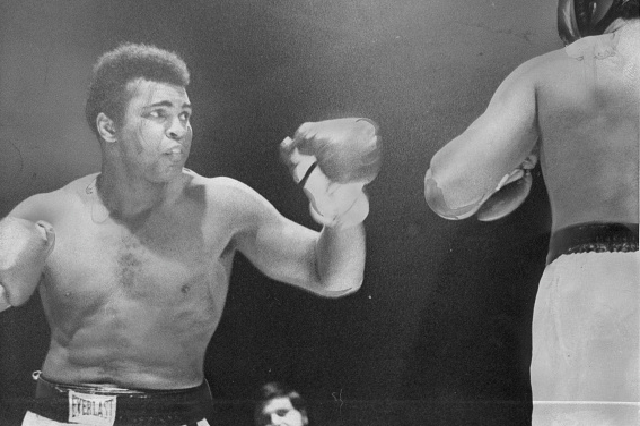 Vic spent nearly 50 years writing for the New York Post and Daily News and treasured everything about the job. He loved baseball, horse racing and boxing, as all old-time sportswriters did, but also people and New York City, too. He spent Tuesdays eating lunch at the Knickerbocker grill and nights at Greenwich Village’s Lion’s Head Tavern slinging jokes back and forth with the rest of the Chipmunks, the moniker bestowed upon a group of chirpy young sportswriters in the ‘60s.

Take all the old-time sportswriter clichés, remove any images you have of gruff old men barking at athletes, but keep all the cartoonish and flattering parts, and you’ll get an idea of what kind of guy Vic was.

Vic, a child of immigrants and native of the Bronx who chose writing over a career helping his dad run a washing machine business, died in July 2010. Lung cancer, even though he didn’t smoke. He was 72, not exactly young but not quite old either. I bring all this up because I’ve been thinking about Vic a lot over the past few days. His name has been mentioned a few times in the various tributes to Muhammad Ali.

One of Esquire’s Twitter accounts posted a photo of a Thrilla in Manilla T-shirt that once belonged to Vic. Deadspin listed Vic’s New York magazine feature on the lead-up to Ali’s 1978 bout against Leon Spinks as one of the top Ali stories ever written. Over at The Ringer, Bryan Curtis recounted the time during the Rumble in the Jungle that Vic, upon hearing some ringside celebrities clamoring for the fight to be stopped as a rope-a-doping Ali absorbed a plethora of vicious blows, turned to a colleague and remarked, “These guys are idiots.”

Then there’s this story, from Vic’s widow, Roberta. I’ll let her tell it.

“The third person in Vic’s and my courtship was Muhammad Ali. I met Vic when he had to detour his cab ride with Larry Merchant to JFK (airport) for their flight to Zaire to cover Ali-Foreman. Vic was delivering a magazine piece to me at Gallery Magazine, which is where I worked. I had never met him before. He walked in my office. He handed me the piece and talked for a minute. When he left, I walked into (writer) Lesley Dormen’s office and said I thought he would call me. Vic got back to the cab and told Larry he was going to marry me.

“So Vic and I dated while Ali reigned. I was on the town; what a whirl. He sent me postcards, he got me seats for the closed circuit fights, and there was his byline as he globetrotted. The photo was taken by Herb Scharfman at a Cosell Sunday press conference to announce a new fight. Vic set the photo up. He asked Ali to pose for the picture with me, got Herb, shooed me next to Ali, and Vic stood with Herb. Ali whispered to me, “What’re you doing with an ugly white man like that.” Everyone cracked up.”

As the New York Times’ George Vecsey noted in his Ali obituary last Saturday, this was Ali’s stock line. (Vescey wrote that Ali once told his wife, “You can do better.”) No matter: the point, after all, remains the same. Guys like Ali, and Jim Bouton (who Vic worked with when CBS tried turning Bouton’s famous memoir, Ball Four, into a TV show), and Billy Martin and so many other sports legends, these guys all knew who Vic was.

For a sports-obsessed child, which I most certainly was, learning that there was a Real Life Sportswriter living in the brick house up the block was akin to finding a hidden treasure in the backyard.

I was 22 when Vic passed away. Technically, my career as a sportswriter had already begun. But looking back at the work I was doing and the stories I was reading and, well, it’s a good thing the archives at NYU’s Washington Square News seemingly don’t go back that far. The point: I wasn’t advanced enough to really talk shop with Vic — and it remains one of my biggest regrets.

What I did have, though, were my walks. Back when I was in middle school, I went to Saturday morning prayer services nearly every week. Being on time was important to me. My dad, on the other hand, didn’t quite share this compulsion and so I’d often walk the five blocks from my house to Synagogue alone. It was nice. 10 minutes of peace and quiet in the morning can sometimes be hard to come by.

Vic wasn’t a regular at Temple. But he did show up sometimes and every now and then, our schedules would align. The first time was an accident. The second time was good luck. The third, fourth, fifth and 24th time— let’s just say I got pretty good at staking out his front walkway. The chance to speak to someone who could refer to Willie Randolph as “Willie” and talk about how much more he enjoyed Jerry Manuel, Randolph’s eventual replacement, was too good to pass up.

The best part, though? How much Vic valued my opinion. Once he even called my house looking for me; he was stuck on a Mets column — something, I believe, on the Mets throwing away dollars by signing guys like Mo Vaughn — and wanted to hear my thoughts. If I remember correctly, he even quoted me.

It’s too much to say that Vic is THE reason I became a sportswriter. But looking back, I see his influence in all my work, and not just because the first sports column I ever wrote, in high school, was a complete rip-off of that Mets piece. Vic loved sports while also understanding that, at their soul, they were just a bunch of games. I try to look at them the same way. He thought humor was the best writing tool; I’m nowhere near as funny as he was, but I like to think that I’m occasionally able to coax a few laughs out of readers.

Of course, I wish Vic were still here. I wish I could ask him all those questions I never did and have him ask me what I’m working on and hear his thoughts. But it’s weeks like this where I miss him most. I have no doubt that he could have fit at least one or two good Ali stories into a 10-minute walk.

Yaron Weitzman is a freelance writer based in New York whose work frequently appears on The Comeback, SB Nation and in SLAM Magazine. He's also been published on SB Nation Longform, The Cauldron, Tablet Magazine and in the Journal News. Yaron can be followed on Twitter @YaronWeitzman

Viewership for the Pro Bowl Games was down, but that seems fine.

Viewership for the Pro Bowl Games was down, but that seems fine.