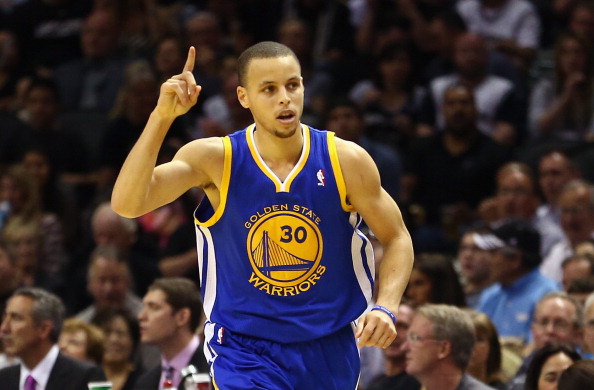 The Golden State Warriors were the story in the NBA this season, attracting virtually all of the national attention devoted towards the league since November. So it probably shouldn’t be a surprise that the Warriors were also a huge story locally, finishing on top in every category concerning local TV ratings.

As reported by Sports Business Journal, Warriors game telecasts on CSN Bay Area drew the top average rating among all NBA teams this season, earning a 9.76 rating (with an average of 243,000 area homes tuning in). That finished ahead of the Cleveland Cavaliers (9.31 rating for Fox Sports Ohio) and San Antonio Spurs (8.71 on Fox Sports Southwest) on their respective regional sports networks. (By the way, that Cavs rating was the largest the team has ever drawn locally.) Warriors games also enjoyed the largest year-to-year increase in ratings, receiving a 160 percent boost compared to last year’s average rating.

After an NBA-record 73-9 season, there's no shortage of Dubs highlights. Check out some of the best of the best.https://t.co/RgKDQFirEb

But the local ratings news wasn’t so good for the rest of the NBA, unfortunately. According to SBJ’s report, 17 of the 27 NBA clubs suffered year-to-year decreases in ratings. The Atlanta Hawks had the worst decline, with ratings on Fox Sports Southeast decreasing 45 percent to a 1.2 mark. That falls in line with the average rating for Hawks game telecasts in recent years, but last season’s 2.18 average was a high mark.

SBJ has plenty more NBA local TV ratings information, including which team drew the lowest local ratings in the league this past season (it’s been happening for a while, so may not surprise you). How did the Lakers game telecasts do in Kobe Bryant’s final season? Did the ratings get a boost or suffer a decline? And is your team or market in the top or bottom five of this year’s ratings?