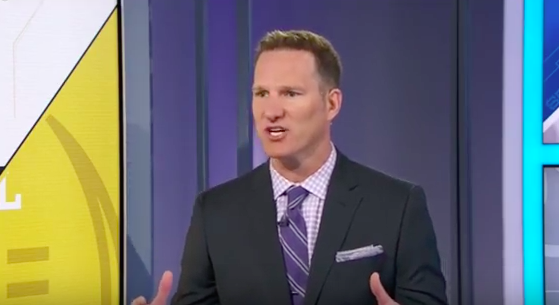 Yup, ESPN college football analyst and ESPN Radio co-host Danny Kanell gave his two cents during the NFL Draft after the first picks  went to schools outside of the Southeastern Conference. He loves the opportunity to stick it to the SEC and the ESPN owned-and-operated SEC Network after member institutions lose big games, over school celebrations, bad losses, a losing record in bowl season and it doesn’t matter when or where he is.

Earlier this year, our Matt Zemek explored Kanell’s trolling and whether he’s become worse than Mark May in picking on certain fanbases. It’s gotten to the point where SEC fans have come to expect a shot from Kanell. Even though one can predict when the former Florida State quarterback will strike, it still can be cutting.

As college football season gets closer, we’re sure that Kanell will be trolling the SEC and the conference’s fans to just drive them crazy and to amuse himself.