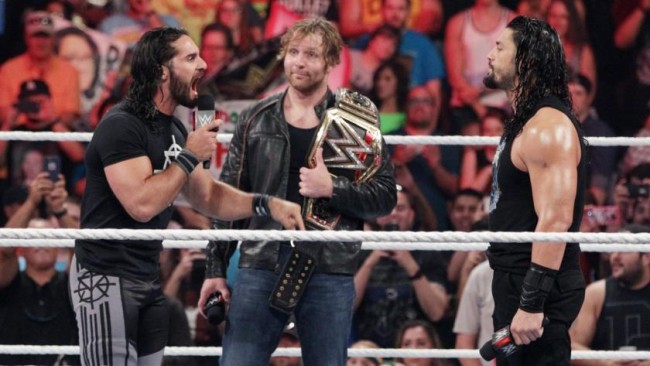 ESPN deciding to cover WWE was a curious development, one that raised eyebrows among many fans and sports media observers. From one angle, the decision makes sense. Many sports fans are also pro wrestling fans. Why not serve the widest possible audience? Also, wrestling fans who might not necessarily follow professional and college sports, and thus not watch SportsCenter or go to ESPN.com, might be attracted to do so.

Yet from another angle, ESPN covering WWE is strange. While pro wrestling is undoubtedly an athletic endeavor, it’s more entertainment than sport. Outcomes are pre-determined and follow storylines, rather than natural competition and conclusions based on differences in talent, skill or a fortunate turn of events.

ESPN public editor Jim Brady addressed this apparent conflict in his latest column, looking at how the network approaches covering WWE. While viewers and fans might contend that poker, esports and spelling bees aren’t sports (especially from an athletic standpoint), they are competitive ventures whose results are determined by skill and effort. The difference in Brady’s view is that WWE toes the line between fiction and nonfiction, something that ESPN needs to consider in its coverage. Can the outcome of a scripted event be considered “news”?

“We obviously know that the predetermined nature and scripting means you have to cover it a different way and be careful about it,” he said. “We’ll acknowledge it’s a script and report how well they did with it. It’s all about distinguishing news and plot.”

“Plot” could be defined as the storylines that make pro wrestling compelling — the feuds, the turns from face to heel, the narratives created to make matches as dramatic as possible for fans. “News” would qualify as actual events, such as Finn Balor’s serious shoulder injury, the death of Mr. Fuji or Roman Reigns’ recent “wellness policy” suspension, reportedly a failed drug test. Perhaps the emerging appeal of a particular wrestler and his development into a star talent could also be considered news. If you look at ESPN.com’s WWE vertical, most of its coverage seems feature-driven, profiling wrestlers, upcoming events and recapping weekly shows, rather than looking at the storylines and soap operatic aspects of WWE’s product.

Regular wrestlers of Awful Announcing have likely noticed that we syndicate WWE columns from our sister site The Comeback that recap WWE Raw, preview upcoming pay-per-view events, and look at various developments in the company’s promotion of events, such as the importance of NXT as a resource for new talent. Personally, I think our WWE writer John Canton does a good job of covering the scripted drama objectively, knowing that it’s a performance determined by producers and executives. He reviews shows and pay-per-view events as the spectacle they are, while acknowledging the behind-the-scenes machinations and perceptions that influence outcomes and make stars.

Awful Announcing largely covers sports media and the intersection between sports and pop culture, while The Comeback covers sports and pop culture as a whole. WWE is approached much the same way as a TV show recap or movie review. But we’re obviously not a news operation like ESPN, so the line is easier to navigate. It’s an extremely intriguing question that Brady explored in his latest column, providing some insight into how a journalistic enterprise covers something that’s clearly intended to be entertainment, yet does its audience a service by acknowledging its impact among sports fans and within the culture.