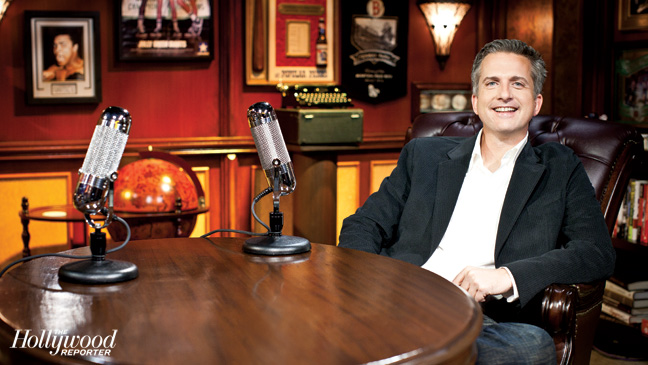 When Bill Simmons’ partnership with Medium for his forthcoming site The Ringer was announced in February, there were plenty of question marks. Medium had previously been described as “part writing platform, part publisher” and had funded and hosted several original publications, and the publisher side of that didn’t seem to make a huge amount of sense for Simmons given his experience, connections and desire to do his own thing. As Mathew Ingram wrote in Fortune last month, though, Medium now “wants to be a platform, not a publisher,” and the details Jessi Hempel includes on its business model in a Wired piece this week illustrate what Medium will be providing to The Ringer (and other prominent sites, such as The Awl, Pacific Standard, Money and Fortune) and how that partnership could work well for both sides:

Medium is launching a set of tools to help publications publish and make money on the web. Dubbed Medium for Publishers, the WordPress competitor will offer publishers a free content management system, a standalone URL, and the ability to participate in two beta experiments—one to host promoted posts, the other to offer paid memberships.

A dozen sites have signed up at launch, including The Awl, Pacific Standard and Femsplain. The ten to follow will include Bill Simmons’ new site, The Ringer, and Time Inc.’s Money and Fortune.

Medium founder Ev Williams hopes that, as publishers struggle with the rise of ad-blocking software and the falling price of display ads, Medium for Publishers will allow them to focus their energy on creative work, rather than trying to master ever-evolving tricks, viral strategies, and social services involved in reaching their audiences.

…From the start, Williams has endeavored to create a beautiful, easy-to-use platform for very good writing online. He has nurtured the persistent belief that people will want to write and read good ideas. “There’s an obsession with video today, but it’s not like the written word is going away,” says Williams, who also helped found Twitter. “For thinking people who want to understand things and engage in discourse, the written word is superior.” Nearly four years after he launched the site, this belief has propelled Medium into a network of more than 25 million monthly readers that is valued at $457 million.

There are plenty of further interesting details in that piece, including that Williams claims 30 per cent of views across Medium are driven by Medium itself (so it can presumably offer some eyeball boosts), that Medium-backed projects will be able to integrate with Facebook- and Google-boosted tools like Facebook Instant Articles and AMP, and that Medium for Publishers will be free to publications. So, how will it and the sites hosted on it make money? There will be two different monetization strategies that Medium can get a cut from:

Medium will benefit because it will expand its network of readers, and it’ll take a cut of the revenues from the two sales strategies it will offer: Publishers can also opt in to host promoted posts, in which a brand sponsors a post on a Medium feed. This ad product launches in beta this week with five sponsors—Nest, SoFi, Bose, Intel and Volpi Foods. Medium will broker the deals and take a cut of the profits. The startup also plans to let publishers offer paid membership for members-only content and other perks. Readers will pay Medium directly (so potentially they can manage several memberships in one place), and Medium will take a small fee on each transaction.

This is a change for Medium, which has taken much of a more active role in publishing content in the past with efforts like Backchannel and Matter, and it even saw Williams post a “Medium is not a publishing tool” article last year, arguing that the company’s larger value was as a network. Matter has since been spun off, though, and while that 30 per cent figure suggests there still will be network value (and potentially even more as these high-profile sites come on board), it seems that Medium is moving more towards being a publishing tool, and being one both from a content creation and management side as well as an advertising side.

Williams’ background makes sense here, too, particularly his involvement with Blogger. A lot of what Medium looks to be offering here seems to be set up to compete with the likes of Blogger and WordPress (which also offers integration with AMP and Facebook Instant Articles) as a platform for sites. It’s also interesting that Medium is now less concerned with having its brand front and center on sites. As Nick Statt writes at The Verge, The Ringer was a key part of that shift:

When Medium announced in February that it would become the home of sports writer Bill Simmons’ new media venture, The Ringer, it was the start of something bigger. The amorphous publishing platform and content producer headed by Twitter co-founder Evan Williams is now becoming the backbone for some of the online media world’s buzziest independent websites. Starting today, more than a dozen operations — including The Awl, Pacific Standard, and the revived local San Francisco site The Bold Italic — are migrating to Medium. More are on their way later this year, including Simmons’ site and new offshoots of Time Inc. magazines Money and Fortune.

…”For the last couple of years, we’ve built this position as a place where thinkers, writers, and prominent people can share their voice,” says Edward Lichty, who oversees business strategy at Medium. “What we’re doing now is extending that support to bloggers and professional publishers. These features take out the costs of maintenance and hosting and allow them to focus the resources on content production and editorial.” The program is an extension of a redesign effort launched back in October, in which Medium first gave publishers the option to use custom URLs and publish to its platform using third-party services like WordPress.

…Matter has since been spun out as its own company, and Medium last year began shedding most of the staff behind its original content efforts. With the launch of Medium as a publishing tool, the company is staking out a more defined position in the web publishing field — one that puts it on a collision course with established competitors including WordPress and Squarespace. Serving as publisher for indie websites that have small but influential followings feels like a clever way of attracting more customers.

Medium wants people to think of its platform as a place to find unique thinking you can’t get elsewhere, Lichty says. So long as Medium-backed publishers are drawing in readers, it doesn’t seem to matter much that the company’s signature capital “M” isn’t tucked into the upper lefthand corner of the page.

The revenue strategy here looks smart for both sides. Medium’s lack of upfront fees and percentage-based revenue on sponsored posts and subscriptions should help attract prominent publications, as it’s already done with The Ringer and others, and those publications should be prominent enough that percentage-based revenue will pay off for Medium too.  Moreover, the cross-promotion across the network makes sense both for the sites (more traffic!) and for Medium (look at all the great content we have!). We’ll see how this pans out, but Simmons’ partnership with Medium is starting to look more and more logical as Medium shifts towards being more of a platform and less of a publisher.