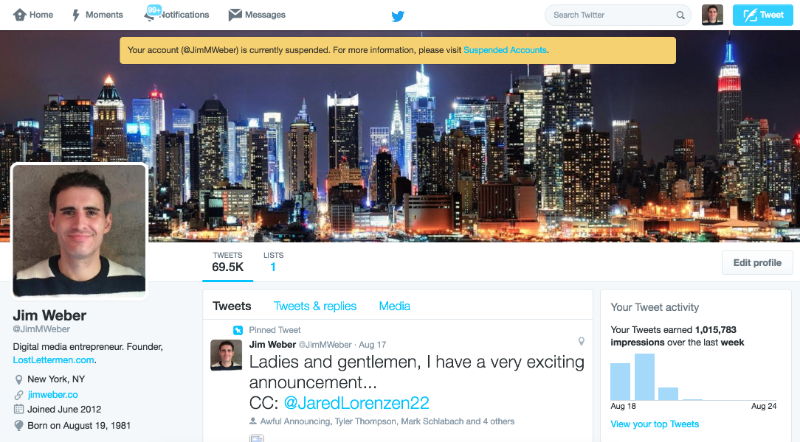 I thought the only people to get permanently banned from Twitter were Leslie Jones’ online bully and terrorists.

Apparently those who post a GIF of Aly Raisman Olympic floor routine also fall into the same category.

It all started when I saw a GIF of her sublime first pass on the floor routine two weeks ago on the front page of Reddit. Wanting to share what an awesome moment this was, I downloaded the GIF and uploaded it to Twitter with these four words: “Aly Raisman: She’s good.”

[To be fully transparent, I also tweeted GIFs of this awesome Japanese wrestler celebrating with her coach and this incredible Perfect 10 by a Chinese diver during the games.]

I had read that the IOC was banning the press from using GIFs but I didn’t see how that applied to me. Sure, I didn’t have the rights to any footage at the Olympics — just like countless blogs and users don’t have rights to the NFL, NBA, MLB, NHL and NCAA footage that they create GIFs out of and profit from every day.

But I figured the worst thing that would happen is the GIF would be deleted from my account, as Twitter often does in these situations.

Boy, was I wrong.

I noticed something was wrong on Saturday night when I attempted to tweet about the upcoming college football season but my iPhone notified me that my tweet was not sent because I had been suspended. 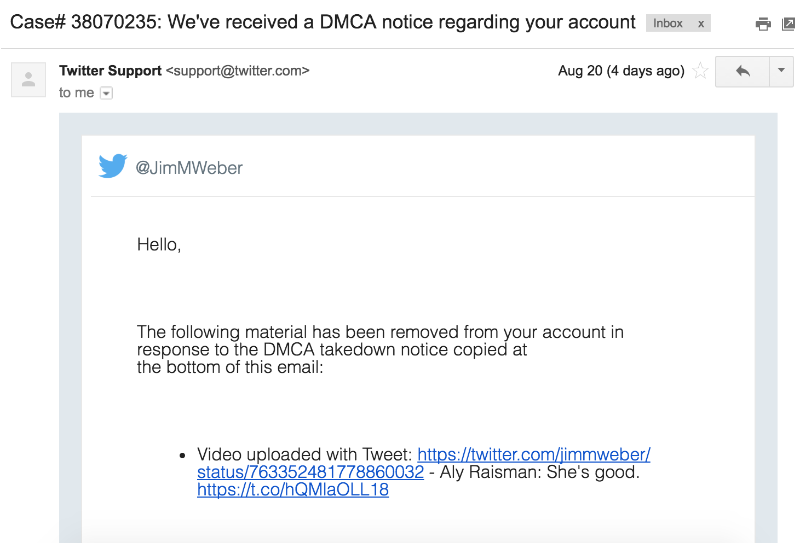 It included this message from the IOC: 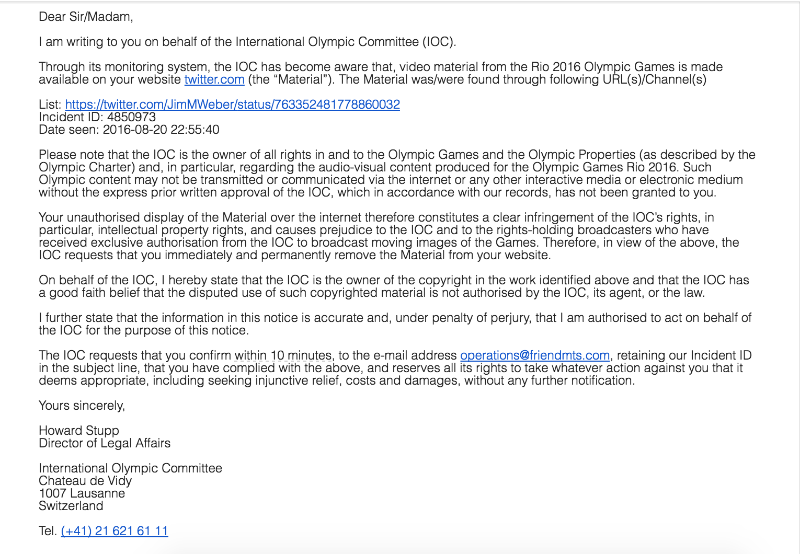 So much for that 10 minute grace period. At 7:58 PM I got this message from Twitter and had been suspended from the platform. 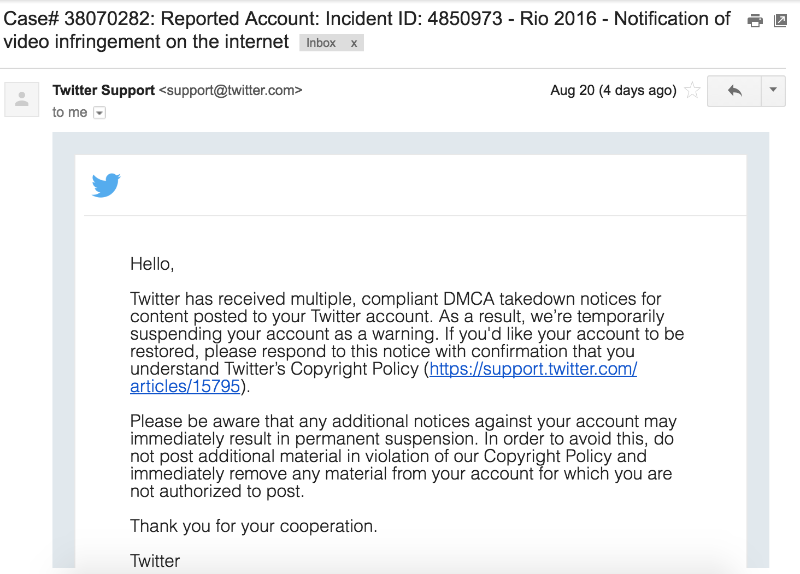 Since then, I’ve probably written Twitter Support 10 times asking how long the suspension will last and if there is anything I could do to have it lifted. In the meantime, people who follow my handle @JimMWeber have asked me if I had blocked them or if had been physically injured.

You see, over the last five years, I’ve become somewhat of a Twitter junkie, with over 69,000 tweets and nearly 100,000 followers.

But all that went up in smoke this afternoon when I got this response from Twitter: 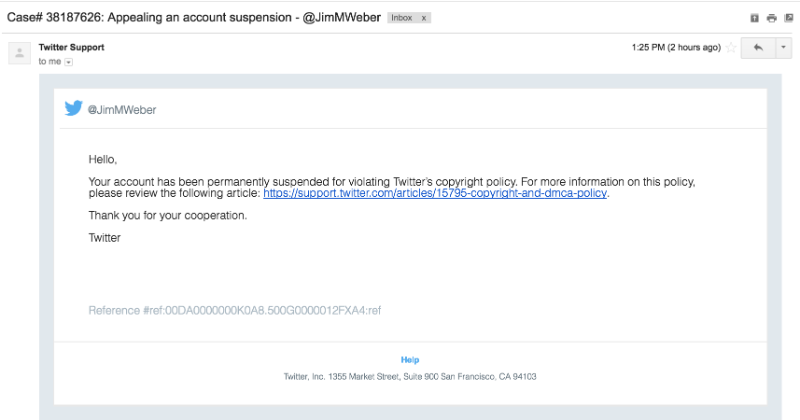 Obviously, I wish I hadn’t posted the GIFs. But I also feel like I’m being made an example of by Twitter. After all, you can still found illegal video and GIFs of her floor exercise on the Internet here, here, here and here — just to name a few.

I understand Twitter is cozying up to organizations like the IOC as the platform tries to turn sports live streaming into a major part of its offering and demonstrate that if an organization like the IOC says, “Jump,” Twitter will reply “How high?”

But it’s disappointing that Twitter will throw users under the bus to do it by permanently banning the very users that built Twitter into the vibrant community it is today. It’s even more frustrating that I didn’t have a single human interaction but was delivered form letters determining my fate — likely sent from somewhere halfway around the world.

Because as idealistic as social media platforms make themselves sound, at the end of the day, they’re just like every other business: They only thing they have to answer to is money.