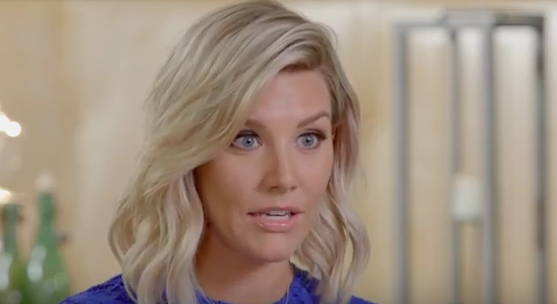 Tuesday’s Real Sports With Bryant Gumbel took a look at some of the issues surrounding women in sports television. Gumbel introduced the segment reported by Jon Frankel by saying, “…increasingly women in sports reporting say they are being encouraged to make a deal that is at best troubling and often self-destructive. Many say they feel obliged to look and act young and sexy, but then for those same reasons, they’re often mocked, insulted, sexually demeaned.” He then went on to say despite contacting many women in the industry, few were willing to talk publcly, unwilling to risk their positions. But for the report, there were three who did, Charissa Thompson and Laura Okmin of Fox Sports and Trenni Kusnierek of Comcast SportsNet New England/NBC Olympics. All three were candid about their experiences.

Thompson’s comments about Deadspin noting the dyeing of her hair have already made the rounds, but she also noted the online harassment she has received on Twitter. In her work for both Fox Sports and as an anchor for the entertainment show, Extra, Thompson said all of the nasty tweets she has received has come from sports.

Kusnierek said when she was working as the reporter the Milwaukee Brewers she received threats so serious, that security had to get involved. Kusnierek said, “It feels like you’re caged in.”

It’s a world that women in sports television have had to deal with constantly. One segment that did not make the show, but has been posted online is with Chicago sports radio anchor Julie DiCaro who discussed some of the harassment she’s reeeived:

But another issue women on TV are encountering is getting older. Real Sports discussed Pam Oliver being demoted from the NFL on Fox “A” team in favor of the younger Erin Andrews and Laura Okmin whose schedule of NFL games last year was reduced in favor of the younger and inexperienced Holly Sonders (although she was not mentioned by name in the segment).

Okmin said, “I knew this was coming. I knew the shelf life of being a woman on television and in this business and all of the sudden, and I think I was thrown by it.”  While Okmin was told by Fox that she’ll work a full schedule this season, she feels this is the beginning of the end of her TV career.

Thompson admitted she began using Botox a couple of years ago to prevent wrinkles from appearing. “I’ve been very realistic about what’s my longevity in this business is going to be. I would like to believe that if I do a good enough job, that I can stay in this profession as long as I want. Is that realistic ….”

These are issues that hang over women in sports television. While broadcasters like Marv Albert, Verne Lundquist, Al Michaels and Brent Musburger are all in their 70’s and Vin Scully worked into his eighties, you rarely see that for women.

Okmin is hoping to do something for the next generation of women with her company, GALvanize by holding boot camps, giving them tips on what it will take to be on television  by teaching them how to build relationships, interviewing techniques and creating a network of women peers. It’s an opportunity for younger women to learn the travails of being on TV.

Women in sports television know at least for now that they have a short window of opportunity. Fox is facing an age discrimination lawsuit from Colleen Dominguez who says the amount of assignments she received drained due to her getting older. Will the industry change for women or will things remain the same? And can the harassment finally come to an end?

Those are questions that will be answered in the years to come.