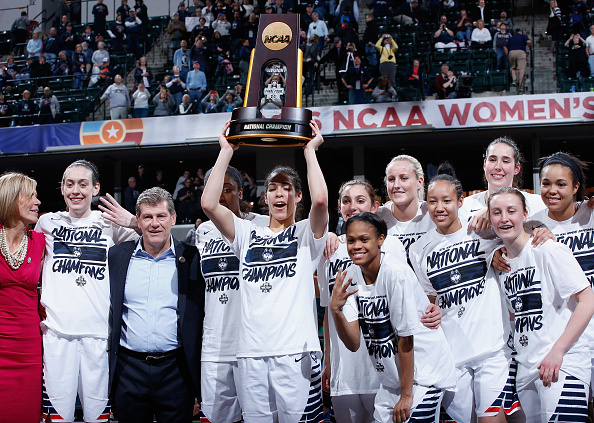 HBO Sports has announced in conjunction with IMG, a new documentary reality series focusing on the UConn women’s basketball team. The series titled, “UConn Huskies: The March to Madness” premieres with an hour-long show on Wednesday, March 1, then subsequent episodes will run for a half-hour.

As the Huskies go for their fifth consecutive NCAA championship and what would be a record 12th championship, HBO/IMG cameras will document every move the Huskies make on their way to the postseason.

Of course, Huskies coach Gene Auriemma is quoted in the official announcement and of course couldn’t be happier to have the series on HBO:

“We are absolutely thrilled to be involved in this project,” says UConn women’s basketball head coach Geno Auriemma. “Knowing the kind of high-quality content that is showcased by HBO, I am already looking forward to watching the first episode. This offers a tremendous opportunity for a lot of people to get an inside look at our university and to see just what goes into building a championship team.”

And HBO Sports executive producer Rick Bernstein had this to say:

“Under Coach Auriemma, the University of Connecticut has built a tremendous program that excels year after year. Our goal is to explore why this program is so accomplished and to tell the backstories of the student-athletes who are committed to carving out a remarkable piece of history on the college basketball landscape.”

UConn has blazed a path through women’s college basketball to become the most dominant team in the sport and it’s only natural that it becomes the subject of its own series.

This becomes the second college basketball team to become the subject of an HBO Sports documentary series. Gonzaga was the subject last season.