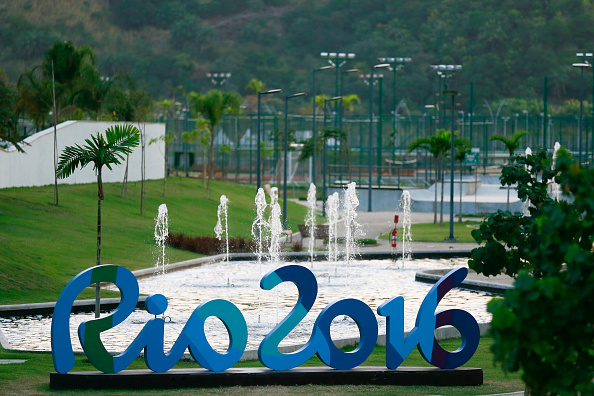 It has become essentially a law of American media: If the Olympics are being held in a non-English speaking nation, the preceding months will feature at least as much coverage of problems in the host city as traditional tales of athletic triumph in competition.

In 2008, we read endlessly about China’s poor air quality and human-rights violations in Tibet. Then in 2014, we got a heavy dose of Russia’s faulty infrastructure and mistreatment of LGBT people. And the negative coverage has reached a new mass in 2016, with sports and non-sports media reporting endlessly on Rio de Janeiro’s poverty, infrastructure, corruption, viruses and bacteria. It’s safe to say we’ve all heard the word “Zika” far more than the word “Phelps” over the past six months

All of this begs a question posed by The Washington Post’s Paul Farhi on Wednesday: Are we over-doing it with the doom and gloom?

Rather than hailing the quadrennial gathering of the world’s youth in the spirit of peaceful competition and international harmony, the news media has served up headlines such as this:“In Brazil’s Olympic bay, tides of death and ecological devastation.”

It’s not clear what all this portends for the Games, which begin Friday, but it’s also not particularly unusual. Dramatic doom-predicting headlines are all part of the game, or Games, by now. Every Olympics of recent memory, summer or winter, has been “troubled.” It’s practically the modern Olympics’ first name, as familiar as the crack of the starting gun, as cliched as the phrase “going for the gold.”

There’s certainly good intention behind this kind of coverage. There’s no question living conditions in Rio’s favelas are more important than who wins the 100-meter sprint and government corruption comes with higher stakes than any basketball tournament. But at the same time, there’s something slightly unseemly about the Western media parachuting into a new country every couple of years to decry all the issues with it, then turning away as soon as the Games are over.

Consider this passage from American rower Megan Kalmoe’s blog, part of a post titled “Stop trying to ruin the Olympics for us.”

What purpose does it serve to dwell on this?  What benefit can we possibly gain from drilling athletes on their position on the water quality in Rio?  None.  Or nothing good, anyway.  What it seems like to me, is that the media is yet-again working really hard to smear the host city, the IOC, and the Olympics as an institution as part of the hype leading in to the Games.

There are thousands of people who have worked tirelessly for years to put together an event that is unique to anything else in the world.  The people of Brazil have opened their country and their hearts to the global community to engage with us during this incredible event that will bring people together from every corner of the earth to celebrate humanity on a truly basic level.  And the best we can do, our media can do, is insult them and try to make them feel ashamed of who they are and the work they have done to bring us all together.

The instinct toward negative coverage we see every Olympic cycle (or at least whenever the Games are somewhere that feels foreign) comes from the juxtaposition of trivial sports against profound social and political issues. It feels obvious to disregard the sailing competition and focus instead on the dangerous superbacteria in the water that will host that competition, given that the latter has such broader consequences.

Of course, no one in the U.S. will be writing about that superbacteria come September. In fact, most of us will resume paying no mind at all to any of Rio’s ills once the Olympic flame is extinguished. The fact that we care about problems in foreign nations only when our own athletes and media will be traveling there makes all our concern seem highly disingenuous, as if our only intention is to put down another nation. In a way, bashing every host city in the build-up to the Olympics feels like a byproduct American- and Western-exceptionalism: Look at this country over here that can’t get its act together.

Why do the Olympics, unique among major sporting events (and maybe even among major events, period) draw such treatment?

“The Olympics are somewhat easy pickings because they’re not American,” replies Bill Mallon, a historian and the author of 24 books on the Games. “They’re all about foreigners — Italians and Liechtensteiners and all that.” That makes it easier, he suggests, for the American-centric media to bash them.

Consider what we’d think if the Olympics were held in New York City and an army of foreign reporters covered the Games according to the standard we have set. If instead of writing about the events, those foreign reporters focused overwhelmingly on police brutality, mass shootings, carbon emissions, urban poverty and Donald Trump. Never mind that most of those issues would have little to do with the Games themselves — clearly a culture of mass shootings in more important than equestrian, right?

While Olympic reporters should obviously continue to cover off-field issues as they affect the Games as well as showcase the good and the bad of the host city, we should all be careful not to pile on too heavy or to use the Olympics as an excuse to ruthlessly criticize a country we know little about, without paying more than lip service to its strengths and beauties.

Rio de Janeiro’s reward for hosting the Olympics has been months of Western coverage portraying the city as a hellhole. And while this negative coverage is published in the name of nuance and balance, at some point it becomes anything but.