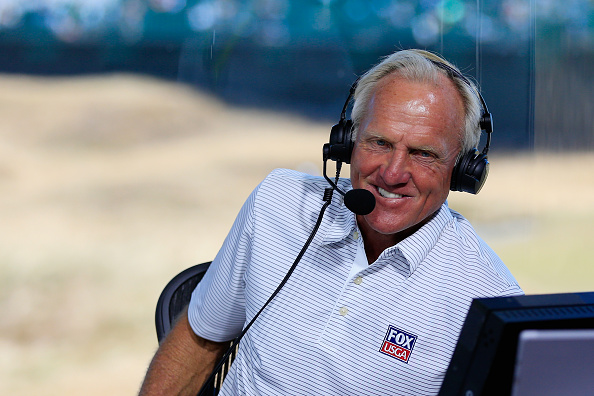 It’s been almost two full months since Greg Norman was fired by Fox as U.S. Open analyst, but he’s still talking about what happened. In his latest interview with Golf.com, Norman says he was totally surprised by the decision to let him go and denied claims by Fox that he was unprepared and didn’t do his homework. Norman says he came into the 2015 U.S. Open at Chambers Bay ready to go with notes and pre-interviews before he went on the air:

“Somebody told me that the only information I knew was about Australian players. I can rattle down the list with a lot of other U.S. players. I actually went to Chambers Bay with a list of 25 to 27 players that I had done my homework on — their caddies, their coaches. I’d spoken to 14 different coaches. I will happily show you the printout I did on every single one of the players: what they have in their bag, their workout program, what are their goals, how are they going to set it, what are their weaknesses, what are their strengths. I had these on cue cards in front of me all the time.”

Norman told Golf.com that he wanted to do a feature to explain why the Chambers Bay greens were so inconsistent and not U.S. Open quality, but was rebuffed by Fox. He actually used the term “handcuffed,” but Fox would not comment on that claim.

He said that before the U.S. Open, he and Fox had numerous meetings before and after the tournament, and they went well so he had no indication that Fox was going to fire him and the reasons they stated were off-base.

But with the sour experience with Fox, Norman said he won’t rule out taking another broadcasting job. And while Norman did seem aloof in the booth, with more reps, he might have made a better analyst, but until he gets another chance with another network, we won’t have the chance to find out.