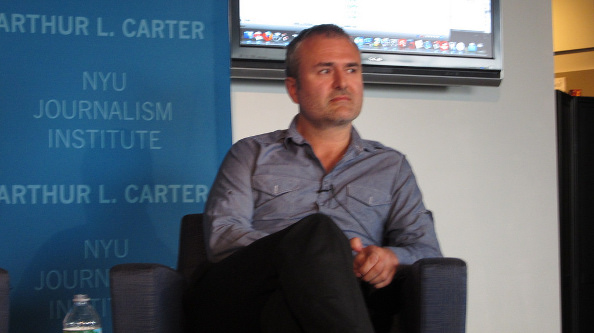 The Hulk Hogan lawsuit continues to have impacts on Gawker Media (the parent company of Gawker, Deadspin and many other sites) and founder Nick Denton. Gawker filed for bankruptcy in June, and Denton filed for personal bankruptcy Monday after a Florida appeals court refused to grant him an emergency stay to stop Hogan from collecting on the $140 million in damages he was awarded by a jury in March. According to The New York Daily News, Denton listed $10 to $50 million in assets and $100 million to $500 million in liabilities:

Declaring bankruptcy will give Denton protection from collectors including Hogan, whose real name is Terry Bollea. In the filing, Denton says he has assets of $10 to $50 million and liabilities of $100 to $500 million. His debts includes $125 million that he owes to Hogan, an $11.5 million loan that he took out on June 10 from Silicon Valley Bank, a $50,000 loan he took from his 401(k) at Gawker and his Time Warner Cable bill for $120.88.

Denton commented on the development in tweets: “On this bitter day for me, I am consoled by the fact that my colleagues will soon be freed from this tech billionaire’s vendetta.”

This comes in the wake of a July 29 ruling by Pamela Campbell, the initial judge in the case, which stated that Hogan could begin collecting immediately in part because Denton had misled her about the value of the Gawker stock he posted as a bond. Denton told the jury his stock was valued at $81 million, but the company had already begun bankruptcy and auction proceedings that valued it at $30 million. Campbell and Denton view that move very differently:

The judge said Denton hid “material information about the value of that stock which a reasonable person, under similar circumstances, should have disclosed.”

“I think the court really got this one wrong,” Denton said in a statement. “It was already widely reported that Gawker was putting in place a contingency plan to sell its websites. And the $81 million company valuation the court relied on was Hogan’s valuation.

“We told the court they did not know what the company’s shares would be worth, especially after it had been pummeled by Hogan and Thiel, but were willing to pledge all of them,” Denton added, referring to tech billionaire Peter Thiel, who helped finance Hogan’s lawsuit. “There was no misrepresentation.”

While the appeals court declined to grant Denton an emergency stay, it did so without prejudice, meaning that Denton and Gawker’s appeal of the jury verdict to that court can still proceed. So, we’ll see what comes of that. Even if that verdict isn’t overturned, Hogan may still not get the whole $140 million judgement: Bloomberg notes that “Under bankruptcy court rules, Hogan’s judgment would be treated as an unsecured claim against Gawker, meaning he stands to collect a share of the sale proceeds only after more senior creditors are paid in full.” Still, Hogan has now driven both Gawker and Denton into bankruptcy proceedings. We’ll see where things go next.